Micromax has made another addition to it’s Canvas series with the release of the new Canvas Spark. It is the cheapest phone to run Lollipop and has a 1.3Ghz MediaTek MT6582 processor coupled with 1GB of RAM. With a 4.7” screen it has a qHD IPS display along with Corning Glass 3 for complete protection.

So many features in one phone and more surprisingly it doesn’t burn a hole in your pocket. Priced at just Rs.4,999, it is bound to create a lot of spark amongst consumers.

However, it’s exclusively available on Snapdeal through flash sale method so that might frustrate a lot of probable buyers.

Does the new Canvas fulfil all the expectations especially at the price it is being offered at. Let’s Find Out:

Inside the box, the first thing is the device itself in black. Digging inside we find the regular contents like the travel adapter along with the standard USB cable. But Micromax has also included a screen guard for the protection of the screen. 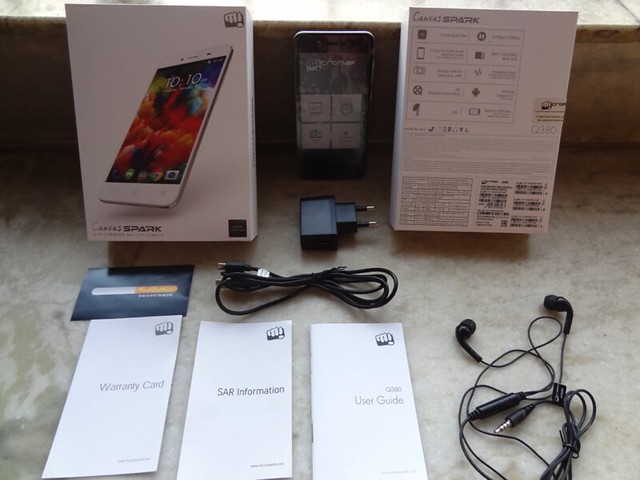 The grey matte finish of the phone is definitely an eye grabber and does the job of protecting the device as well. The Micromax branding on the back has a glossy finish which makes it look very much similar to a Moto device. The placement of the buttons on the side is appropriately designed by Micromax for convenient usage, but placing the speaker at the back was probably a bad idea as it is covered by the hand during gaming or even holding while watching a video. On the front, there are 3 capacitive buttons and there is a microphone on the bottom along with the USB port. 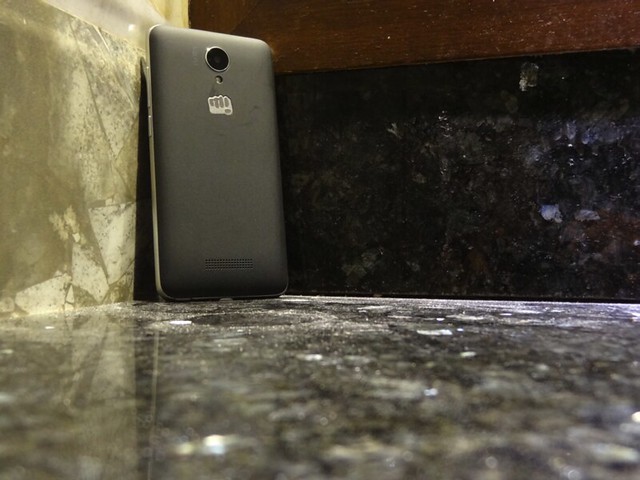 The phone fits extremely well in the hand, thanks to the 4.7” display and the matte textured back which provides a good grip to even a sweaty palm.

On taking off the back cover of the device you will notice that the battery is non-removable and is only 2000 mAh, which is a rare sight in Micromax smartphones. There are 2 sim card slots and a micro sd card slot which supports cards up to 32GB.

Canvas Spark has a 4.7” Display with a qHD resolution, i.e, 540×960 pixels. The screen looks sharp and vibrant even with a low ppi of 234. The screen comes with a Corning Gorilla Glass 3 protection. Tilt the device to various angles and you will realise that the colours stay intact and provide a good experience.

The USP of the device is the fact that it is the cheapest phone with Android Lollipop experience. Thanks to Android 5.0, the UI is pure android interface which justifies the Lollipop features and provides a lag-free experience. If you are shifting from any other OS, this phone will provide a complete Android experience. The capacitive buttons vibrate when touched and feel very responsive. The same goes for the keyboard which works smoothly and takes typing to another level on a budget device.

Canvas Spark sports a 1.3Ghz MediaTek MT6582 quad core processor, 8GB ROM (User available 4 GB) along with 1GB of RAM(User Available of 512Mb). It also has a GPU of ARM Mali-400. The capacitive buttons at the front have been reversed as the the back button is placed at the right instead of left where the home button should have been. The phone feels light in the hands and is very slim as well, but adopts a rather ordinary candy bar appearance.

The bezels are given a brushed copper look which suits well with moonstone grey colour at the back. It also has a LED light indicator which does its job. The keys however are not back lighted and therefore makes it difficult to use at night.

Micromax Canvas Spark has an Antutu score of 19698 and an Quadrant score of 5793. But as its a budget smartphone and aimed at many first time users. In that sense, the Canvas Spark’s user experience is well-above average. 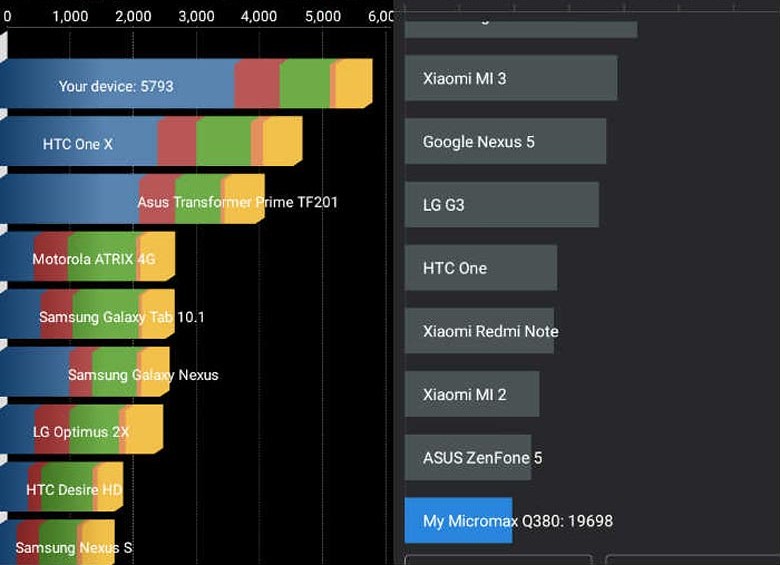 Heavy Gaming is not recommended on the Canvas Spark. It fails to games like Asphalt 8 even at low settings. However, light gaming like Candy Crush Saga and Subway Surfer run smooth but only when enough ram is free.

The battery backup is satisfactory in Micromax Canvas Spark. It gives 2 – 2.5 hours at high usage and gives 6-7 hours at an average, regular use. The standby usage gave us about 11 hours of battery life which is pretty cool considering it is just a 2000 mAh battery with a price band of a low end device.

We experienced extreme heating on the device. The phone started heating up after 15-20 minutes of regular usage. After fidgeting around for about half an hour we had to keep down the phone to cool it down. We also heard a lot of consumers complain about the same issue, so we decided to investigate the problem. And after uninstalling/installing almost all 3rd party apps, we found Cleaner Master to be the culprit. Once that was removed from the device, we felt the prayers have been heard.

Here are some captures: 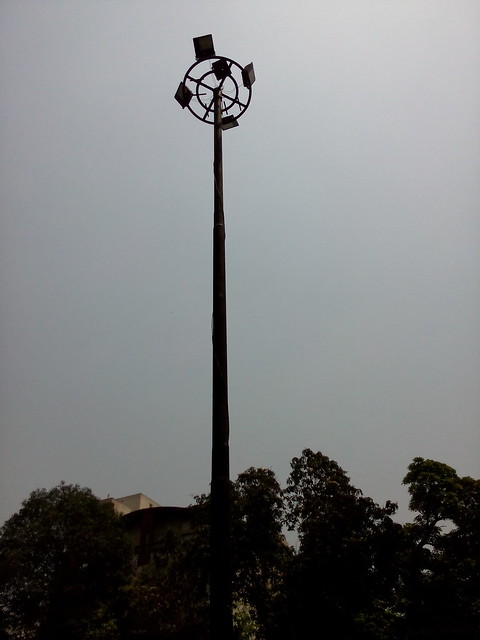 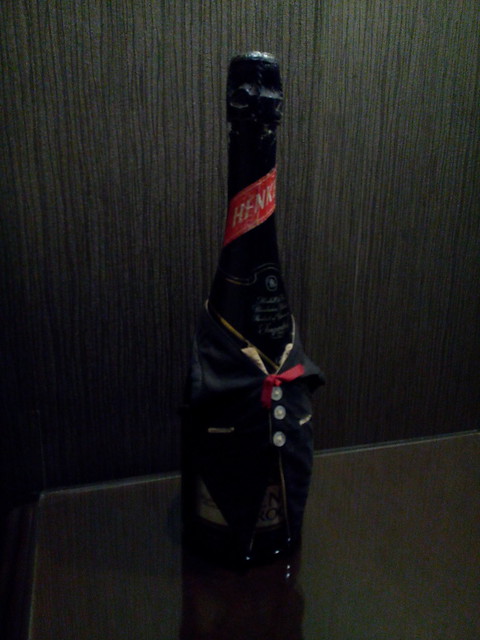 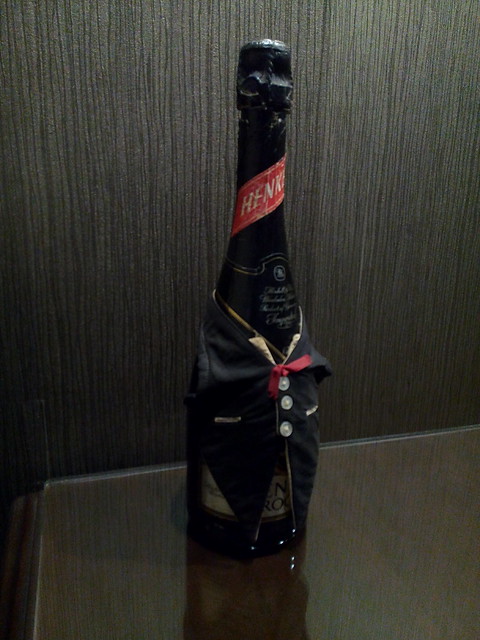 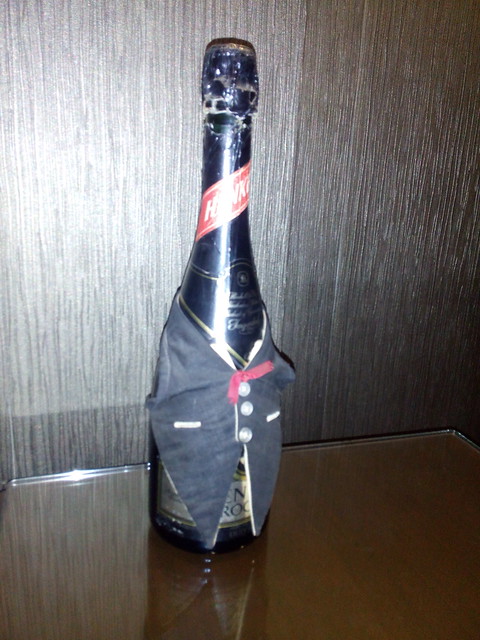 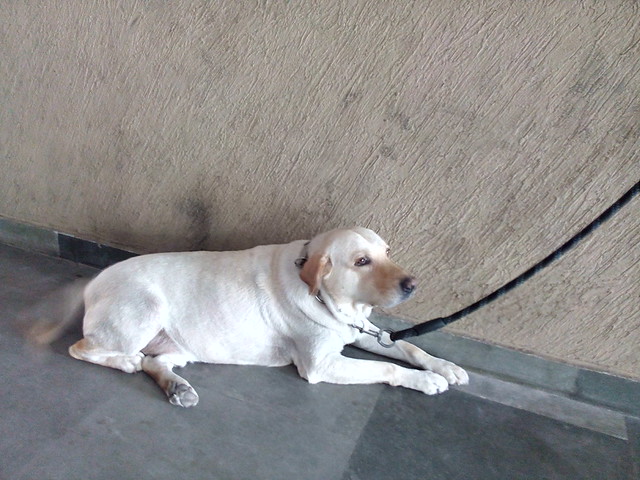 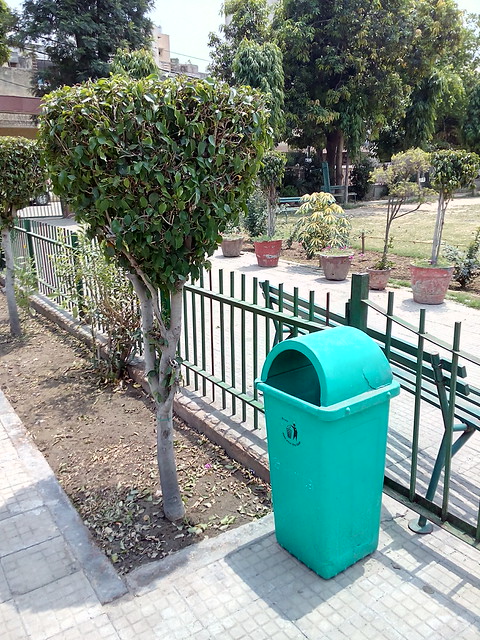 The Canvas Spark offers much in just Rs.4,999 and has good specs which enhance the overall android experience. It has everything that a good phone must have. That being said, it is not the only device at this price band. That’s right, we are turning our heads to the Infocus M2. The phone showcase the same features and somehow packs in a better experience.

Or the Moto E (2nd Gen) which even though is a little costlier, provides better usage.

But, Micromax’s new release will definitely ignite competition in the Rs.5,000 segment. How it performs for the public remains to be seen.