The Unbiased Blog
Home News Tech Google I/O 2016: Reacap and all announcements you need to know 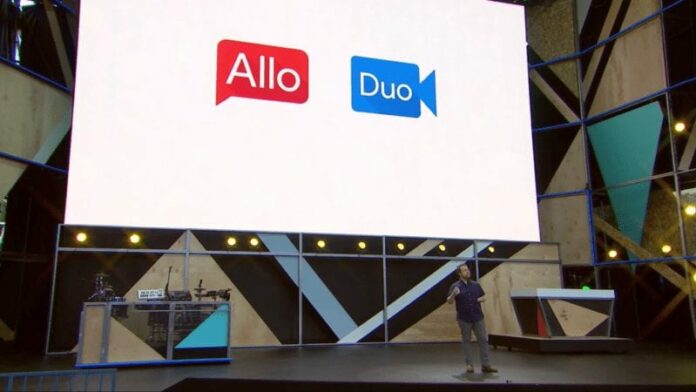 Google I/O, is the largest developer conference hosted by Google in San Francisco. This year, for the first time it was hosted at Google’s own backyard in Shoreline Amphitheater. Google I/O 2016 was held from 18th May to 20th May, 2016. The keynote was held on the first day of the conference starting with CEO, Sundar Pichai. We have listed all the announcement made by Google at this year’s I/O.

Starting of the Keynote, Sundar said that it was the biggest I/O in terms of on-board attendees. There were 7000+ people and also 530 I/O staff and more than a million people were watching the live stream. Talking about ‘Search’ Pichai said that 50% of queries comes from mobile. Discussing about Translate he said that more than 140 billion words are translated daily for 100+ languages.

The first product they announced was Google assistant which is a smart and more powerful. Previously, Google’s voice assistant was simply known as Okay Google/Google Now, but now the voice has a name. And with the new naming scheme comes in a new way of talking to the voice assistant. It can now provide users with more natural two-way conversations and do much more than just schedule events and perform quick Google searches. This will be available later this year, may be with new Nexus devices. Google home is a Device which will be launching later this year, at the event they showed some demo of Home. Google Home has Google assistant integrated in it, by speaking to Home you can Enjoy Music and entertainment, manage everyday tasks and also ask google your queries. It has unmatched voice recognition. The device comes with 2 mic at the top and a bottom wifi enabled speaker, also it comes with 4 LED lights at the top. You can send music to Home via Android/ios through Googlecast.

It also supports Multi-room playback. Mario Queiroz, VP Chromecast also said that the Wi-Fi speaker has rich bass, clear highs and should be a thrill to use. Some of the core features here include the ability to answer your questions using Google Search, track weather and other information, organize your itinerary, and basically all the things you’d expect from Google Assistant on your phone. Google announced 2 new apps at I/O, one of them is Allo – a smart messaging app which is based on your phone number. Allo has Assistant built into it. Allo has great collections of emoji’s and stickers. It has a feature called Whisper-Shout, which lets you resize text by dragging up and down on the screen by holding the sent button, this way Allo is different from others. Also you can add emotions to photos, by writing on them. This app is powered by Google Knowledge graph. By typing @google you can chat with assistant, you can also play some simple games with it. There is also incognito mode in the app, where you can chat with it privately. All the messages in Allo is encrypted, Incognito mode chats will be End To End Encrypted. Duo is simple one to one video calling app available in both Android and iOS later this year. Duo is video companion to Allo, All calls are End To End Encrypted in Duo. The feature Knock-Knock sets this apart from competition. Knock-Knock, gives preview of the person who’s calling even before you pick the call. So that you can see who’s calling and what are they doing. Talking further Erik Director, Engineering Google said it was built by WebRTC team. Have a look at Duo in action below. Android N was announced couple of months ago,  at I/O they announced that N has now entered Beta stage. Have a look at top N features here. Dave Burke said that they have focused Performance, Security and Productivity. He also said  that they launched it early so that Developers and phone makers can get ready soon. Also he mentioned that they are looking for name for N. If you are interested in naming go ahead and click here. Google unveiled their new platform for virtual Reality(VR) called Daydream, which aims to take the direction Google Cardboard has been going a step further by optimizing VR standards for mobile devices. This initiative comes part and parcel with a new kind of headset, which will bring Google VR users a new degree of immersion. VR will be coming to Android N. The requirement for DayDream are sensors, good display and a good processor. DayDream ready phones will be coming out in couple of months by makers like Samsung, HTC, LG, Huawei, ASUS and many more. Google is also making a Headset for VR experience with a controller that has 2 buttons and a touchpad. They have partnered with WSJ. Hulu, NBA, HBO now, Netflix etc, to bring VR to you. Google play movies, street view, Google photos and Youtube will also support Daydream. The VR headset will be available later this year. Android Wear completed its 2 years of pretty decent run. Now the Android wear is getting its biggest ever update. David Single from team said that the update will be available in fall, but if you are a developer you can update the watch now! Hit the link and download it from here.

There was not much about web in keynote this year. They talked about Progressive Web Apps(PWA) and Accelerated Web Pages(AMP). PWA are the websites that looks like apps, they have a splash screen, they can send notifications, works offline and also you can add them to Homescreen. If you want to try PWA, check out Flipkart on your mobile. Talking about AMP jason(VP, developer products) said that they load instantly as you click the link, it can embed anywhere. Also it loads 4 times faster and save 90% data. This is one of the best announcement made at the conference, in the coming days you won’t need to install apps to try them, you would be browse to them without installation. With one tap of the link app opens up and will be ready to use. It uses google’s deep link technology. It can make life easier with seamless payment and authentication. Runs even on Kitkat and Lollipop devices. Will be coming and end of the year. Have a look at demo video here –

So these were the major announcements made at this years Google I/O. Let us know which is your pick in the comment section below. For latest news and updates follow us on twitter.