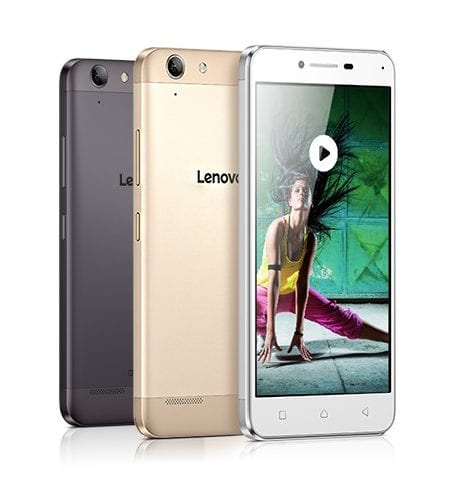 Back in MWC 2016 Lenovo had announced 2 new budget friendly smartphones namely Lenovo Vibe K5 and K5 plus. K5 Plus was launched in India earlier this year for price tag of INR 8,499. Now the K5 has made its way to India and it will be available on Amazon for INR 6,999 via Flash sale, registration for sale on 22 June have already begun. The device is available in Platinum Silver, Champagne Gold and Graphite Gray colors. The body of K5 is made up of Full Metal, which is kind of impressive for the price. The Vibe K5 features a 5″ HD display. The device is powered by a Snapdragon 415 processor and coupled with Adreno 305 GPU. It packs 2GB RAM and 16GB internal storage with sd card supports upto 32GB. It is running on Android Lollipop on top of Vibe UI. The devices packs with pretty decent 2750mAh battery. In optics department K5 sports a 13MP rear camera with LED flash and a Front facing 5MP camera. The device supports  Dual sim and also supports 4G. The other important features of K5 are Dolby Atmos enabled Dual speakers and support for Theater Max VR, which was launched along with K4 note earlier this year. The device is successor to Lenovo A6000, which was one of the best budget smartphones at that time.