Google is all set to unveil the next generation of Pixel and Pixel XL smartphones, which will be called as the Google Pixel 2 and Pixel 2 XL tomorrow at an event in the USA. Just a couple of days before the announcement, the press images of these two smartphones were leaked online, thanks to popular leaker, Evan Blass. The press images also reveal that the smartphones come in Blue, Black, and White color variants.

The Pixel 2, the successor of Pixel looks like the two-year-old Nexus 6P from the front, which was made by Huawei and the Pixel 2 XL, the successor of Pixel XL looks kinda similar to the LG’s Flagship LG G6(At least for me). The Pixel 2 comes with dual front-firing speakers and also comes with thicker bezels at the top and bottom, while the Pixel 2 XL also comes with dual front-firing speakers, it comes with slimmer bezels on all sides of the device. Both the smartphones are having fingerprint scanner at the rear and there is no Dual-camera at the rear, which might be a bummer for most of the people out there, as all major OEMs this year have come up with Dual Rear cameras for their flagship. 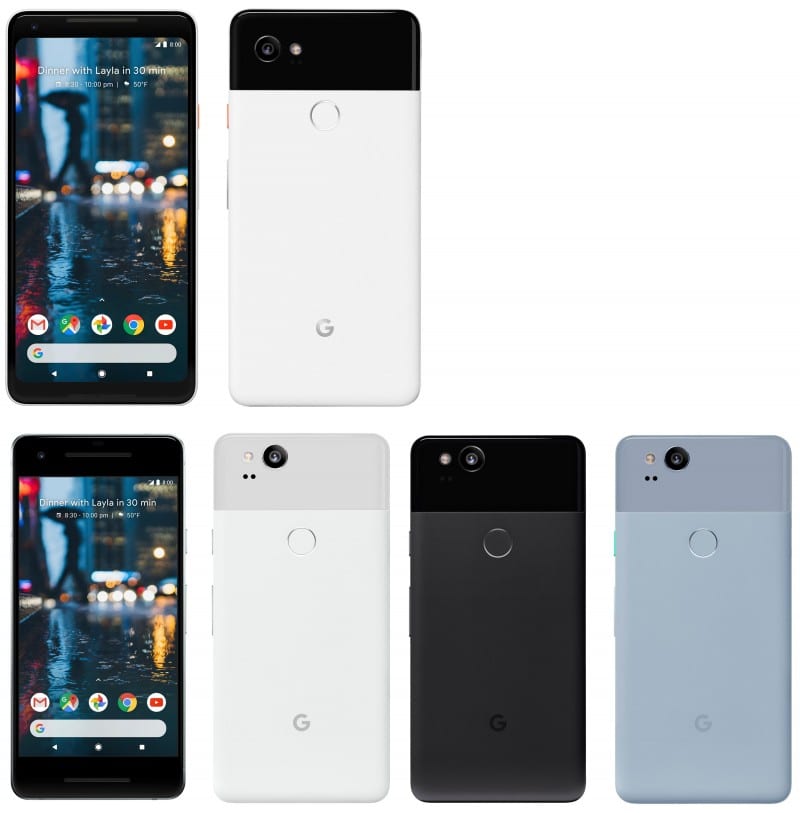 Also, from the images, one can see that the Stock launchers has got some new UI changes. The Google search bar is moved to the bottom of the screen, at the top in the place of Search bar we can see the calendar events along with the current weather forecast. As per previous leaks, these phones will omit the 3.5mm headphone jack and will come with Squeeze for you Assistant feature as these smartphones are made in collaboration with HTC. Other expected specs of the device include Snapdragon 835 SoC, NFC, 4GB RAM, 64/128GB internal storage. 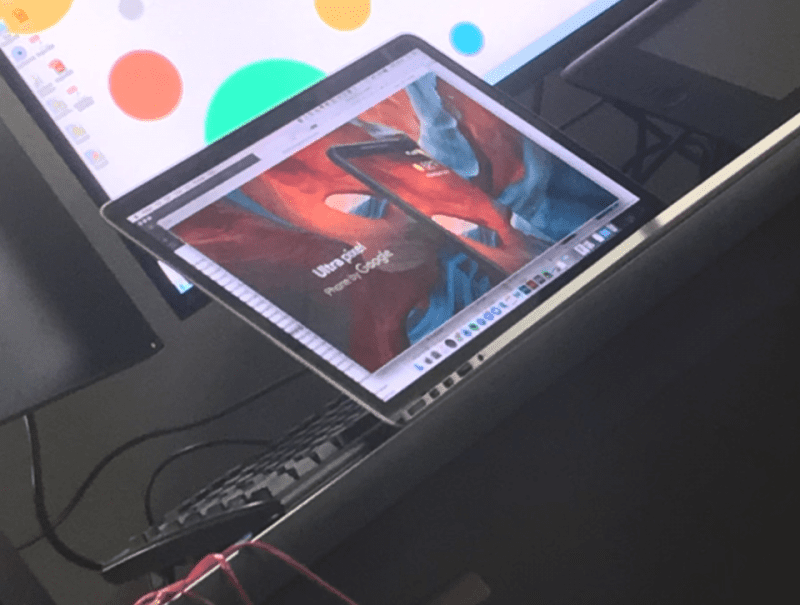 Also, Google might announce the Rival to the Apple’s iPhone X, called as Ultra Pixel which would reportedly come with a bezel-less edge-to-edge screen as per this video. The smartphone will come with a slim body, the device will also come with no navigation button and will purely depend on the gestures as per the video. Further, it may also come with a new fingerprint technology and also come with Squeeze to launch the Google Assistant feature. The launch event is happening tomorrow, stay tuned for more updates and let us know your thoughts on these smartphones in the comment section below. Follow us on Twitter for latest news and updates.