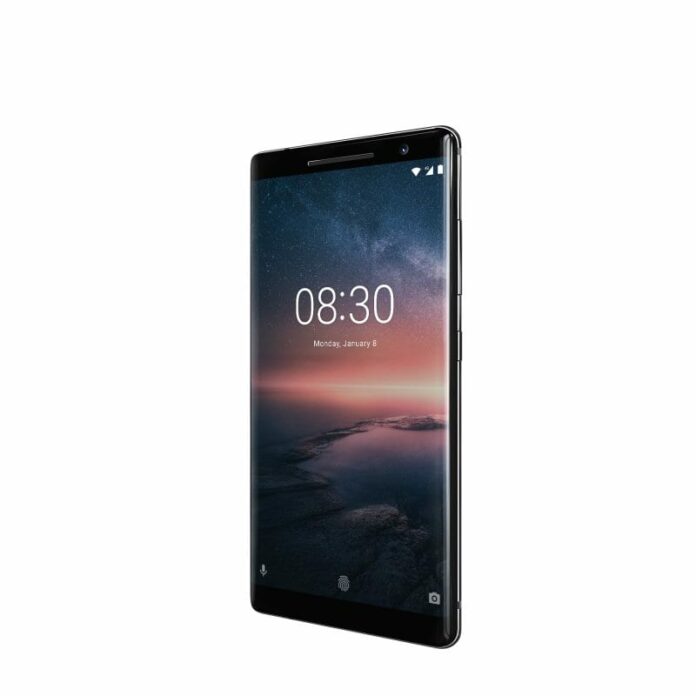 Nokia made its comeback to smartphone world with the Android last year at the MWC with the announcement of Nokia 3,5 and 6 to Global market. Today at the Mobile World Congress 2018, which just kicked off today, Nokia has announced a new variant of  Nokia 8 dubbed as Nokia 8 Sirocco. The Nokia 8 Sirocco is Android One variant of the previously announced Nokia 8 with some improvements.

The fingerprint scanner has been moved to rear now and there is a glass body for wireless charging support. Also, the screen is now a 5.5-inch (2560×1440 pixels) pOLED display with Corning Gorilla Glass 5 protection. In RAM has been bumped up to 6GB from 4GB and storage has been pushed up to 128GB with microSD card support up to 256GB. Under the hood, it is powered by the latest Snapdragon 835 processor which is clocked at 2.45Ghz and is coupled with Adreno 540 GPU. The Nokia 8 Sirocco comes in Black and will be available in April priced at 749 euros (INR 59,531 approx.). Follow us on Twitter for more news and updates from MWC 2018.