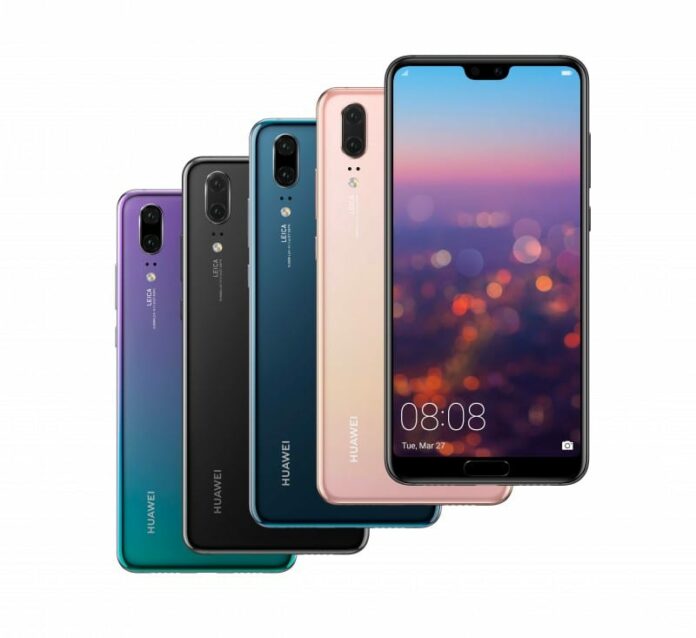 Huawei has just unveiled their two new flagships smartphones at an event at the iconic Grand Palais. Huawei has announced Huawei P20 and Huawei P20 pro share most of the specs and features including the notch equipped display, processor, and all glass body. The Huawei P20 Pro features the world’s first Leica triple camera.

The Huawei P20 Pro features a 6.1-inch  Full HD+ OLED display with a notch on top. It is powered by the company’s own Kirin 920 processor, 6GB RAM, and 64/128GB storage options. The device is packing in a huge 4,000mAH battery with AI-powered Battery Management and is running on EMUI 8.1 based on Android 8.1. In the camera department, the Huawei P20 Pro features Leica triple camera with a 40MP RGB sensor, a 20MP monochrome sensor and an 8MP sensor with a telephoto lens with f/1.8, f/1.6 and f/2.4 wide aperture to capture crisp, clear details, the Huawei P20 Pro also includes a brand new Leica 3x telephoto lens for long-range photography of up to 5x Hybrid Zoom. The smartphone’s highly sensitive image sensor captures low light photos with up to ISO 102400. It features six-axis stabilization and 960fps super slow motion, which is 4x higher than the standard 240fps and captures details that canxnot be seen with the naked eye. With Ultra Snapshot mode, the devices can capture an image in as little as 0.3 seconds by double-clicking the down volume button, even from an off screen. Other camera features include- identification of more than 500 scenarios in 19 categories and select photography modes, an advanced camera system is the 4D predictive focus. In this mode, the camera predicts moving objects and focuses on them with extreme efficiency to capture minute details of objects in motion. In addition, the HUAWEI P20 Series features AI-Assisted Composition, providing intelligent suggestions to frame group shots and landscapes. On the front, the Huawei P20 Pro comes with a 24MP shooter with AI beautification and 3D portrait lighting and features include on-device Prisma processing, which supports real-time filter recommendations based on scene and objects recognition – the calculation speed is three to four times that of the cloud version. The device also features Google ARCore delivering advanced AR capabilities. The overall DxOMark scores of Huawei P20 pro is the 109, making it the highest ever rated smartphone.

The Huawei P20 Pro is priced at 899 Euros (INR 72,399) and will be available starting today. India launch is expected soon, stayed tuned for more on that.