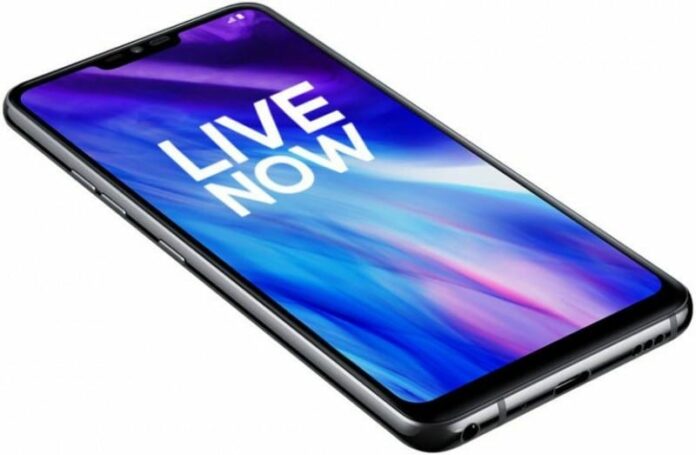 LG has unveiled its latest flagship smartphone in the G series in India today. The flagship smartphone is now called LG G7+ ThinQ, instead of LG G7+. This is not the first time we’re seeing the ThinQ branding, we’ve seen this on previously on LG V30S ThinQ, which was announced at MWC 2018. The LG G7+ ThinQ comes with Artificial Intelligence(AI), a notch up front, the first from LG and a dedicated Google Assistant button.

Coming to the specifications, the LG G7+ ThinQ comes with a 6.1-inch QHD+ 19.5:9 FullVision Super Bright Display (3120 x 1440) with a notch. There is also an option to hide the notch in the settings along with few notch customization options. It is powered by a Qualcomm Snapdragon 845, Adreno 630 GPU. The device comes with a 64GB storage and 128GB storage with microSD card support up to 2TB. It runs on Android 8.0 Oreo with a proprietary LG layer of skin called LG UX. The fingerprint scanner is placed at the rear of the device. It comes with 3,000mAh battery with Qualcomm Quick Charge 3.0, Wireless charging support.

In the camera department, it comes with a dual camera set up, a 16MP sensor with f/1.6 aperture, 71-degree wide-angle lens and a secondary 16MP camera with 107-degree super-wide-angle lens with f/1.9 aperture, LED flash. There is an 8MP front camera with f/1.9 aperture, 80-degree wide-angle lens. The AI CAM now offers 19 shooting modes, up from eight, for even more intelligence-optimized shots. And users can improve their photos further by choosing among three other effect options if the one recommended by AI CAM doesn’t suit their tastes. Live Photo mode records one second before and after the shutter is pressed for snippets of unexpected moments or expressions that would normally be missed. Stickers use face recognition to generate fun 2D and 3D overlays such as sunglasses and headbands that can be viewed directly on the display.

Commenting on the occasion, Mr. Advait Vaidya Mobile Business Head said, “LG has always been about innovation and new technologies. The G series received a great response last year with the launch of LG G6 and to further enhance the smartphone experience, we are proud to introduce LG G7+ThinQ  in India. Along with power-packed feature list, the smartphone is incorporated with Artificial Intelligence technology that increases the level of real time engagement for customers.  With this addition to the G series range, we hope to continue to the momentum of providing our customers class-leading products.”

The LG G7+ThinQ will be exclusively on Flipkart at INR 39,990 starting 10th August 2018 in Platinum Gray, Aurora Black colors. Follow us on Twitter for more news and updates.