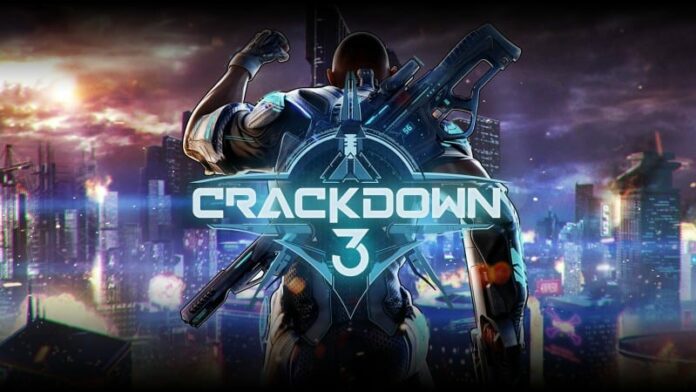 The year 2019 is approaching and if you are gamer and looking forward to new games for your Xbox console, here are some of the most anticipated games of 2019 coming to Xbox, with all Microsoft Studios titles including “Crackdown 3,” “Ori and the Will of the Wisps” and “Gears 5” launching in Xbox Game Pass the same date as their global release.

“Anthem” is a shared-world action-RPG, where Freelancers challenge the wilds past the wall, exploring a vast world filled with savage beasts and ruthless marauders, but also teeming with amazing technology and forgotten treasures. Players will be able to join with their friends to unravel the world’s mysteries and defeat the forces plotting to conquer humanity. Throughout their journeys, players can outfit their Freelancers with powerful Javelin exosuits, each of which are equipped with unique weapons and abilities. Freelancers can customize their Javelin with gear they earn and craft throughout the adventure, and leave a lasting mark on the world.

From the creators of “ARK: Survival Evolved” comes “ATLAS” – a massively multiplayer first-and-third-person fantasy pirate adventure. “ATLAS” will host up to 40,000 players exploring the same Globe simultaneously, with an unprecedented scale of cooperation and conflict. Join an endless adventure of piracy & sailing, exploration & combat, roleplaying & progression, settlement & civilization-building, in one of the largest game worlds ever! Explore, Build, Conquer! 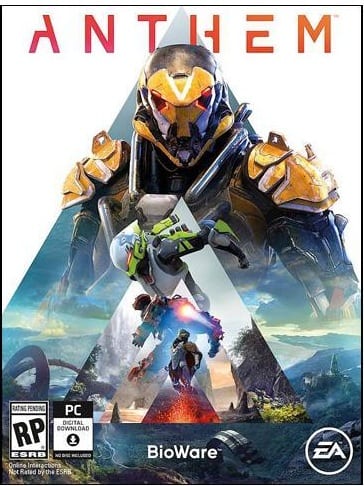 Time to step up your boom and stop crime as a super-powered Agent in “Crackdown 3’s” sandbox of cooperative mayhem and destruction, plus an all-new multiplayer mode where destruction is your ultimate weapon. “Crackdown 3” is available at launch on February 15th with Xbox Game Pass and globally on Xbox One and Windows 10.

A brand-new entry in the legendary over-the-top action series comes to Xbox One in spring 2019, complete with its signature blend of high-octane stylized action and otherworldly and original characters the series is known for. Years have passed since the legions of hell have set foot in this world, but now a new demonic invasion has begun, and humanity’s last hope will rest in the hands of three lone demon hunters, each offering a radically different play style. United by fate and a thirst for vengeance, these demon hunters will have to face their demons if they hope to survive.

Dive into a transformed vibrant post-apocalyptic Hope County, Montana, 17 years after a global nuclear catastrophe. Join fellow survivors from Hope County and lead the fight against the dangerous new threat known as the Highwaymen, and their ruthless leaders The Twins, as they seek to destroy and take over the last remaining resources by any means necessary.

As Kait, journey across the biggest, most beautiful Gears world ever created. Play solo or with a friend in local split-screen co-op, or online co-op and experience every mode in 4K Ultra HD resolution with stunning HDR at a smooth 60 frames per second. “Gears 5” is coming to Xbox One and Windows 10 in 2019 and will be available day and date to Xbox Game Pass members.

“Gears Pop!” is a new Arena Brawler mobile game that brings together iconic Gears characters in the distinctive Funko Pop! style. The game is being developed in partnership with Funko and inspired by the “Gears of War” vinyl collectible figures. It’s the perfect slice of mobile mayhem, available on iOS and Android in 2019.

The greatest heroes and villains from the 50-year history of Shueisha’s influential Japanese Weekly Jump manga will battle against each other across iconic locations across Earth in this anime fan’s dream come true! Featuring the world’s most popular and classic manga and anime franchises including DRAGON BALL Z, ONE PIECE, NARUTO, and many others, players will be able to compete in hyper-stylish arena brawls set against familiar backdrops of famous landmarks around the world, including New York City’s Times Square and the Matterhorn.

Set in a vast array of Disney worlds, “Kingdom Hearts” follows the journey of Sora, a young boy and unknowing heir to a spectacular power. Sora is joined by Donald and Goofy to stop an evil force known as the Heartless from invading and overtaking the universe. Through the power of positivity and friendship, Sora, Donald and Goofy unite with iconic Disney-Pixar characters old and new to overcome tremendous challenges and persevere against the darkness threatening their worlds.

“Metro Exodus” is an epic, story-driven first-person shooter from 4A Games that blends deadly combat and stealth with exploration and survival horror in one of the most immersive game worlds ever created. Explore the Russian wilderness across vast, nonlinear levels and follow a thrilling storyline that spans an entire year through spring, summer and autumn to the depths of nuclear winter. Inspired by the novels of Dmitry Glukhovsky, “Metro Exodus” continues Artyom’s story in the greatest Metro adventure yet.

“Minecraft: Dungeons” is an action adventure game in the classic dungeon crawler style, where up to four players can fight together to defeat a relentless swarm of new mobs in a quest to save the villagers and take down the evil Arch-Illager. As an all-new passion project for PC from a small, dedicated team at Mojang, “Minecraft: Dungeons” will be the first new title in the Minecraft universe when it releases in 2019.

From the creators of “Ori and the Blind Forest,” winner of over 50 awards and nominations, comes the highly anticipated sequel, “Ori and the Will of the Wisps.” Embark on an adventure with all-new combat and customization options while exploring a vast and exotic world, encountering larger-than-life enemies and challenging puzzles on your path to unravel Ori’s true destiny. “Ori and the Will of the Wisps” will be launching exclusively on Xbox One and Windows 10 PCs in 2019 and will be available day and date to Xbox Game Pass members.

“Sea of Thieves” is changing in a big way with its fifth free content update since launch, ‘The Arena.’ Releasing in early 2019, ‘The Arena’ is an all-new competitive game mode that allows players to test their pirating skills in fast-paced matches against rival crews. Each match is a fun, frenetic and action-packed race to find treasure that brings together all the most exciting elements of “Sea of Thieves” – on demand. “Sea of Thieves” is available with Xbox Game Pass and globally on Xbox One and Windows 10 as an Xbox Play Anywhere title.

“The Outer Worlds” is a new single-player first-person sci-fi RPG from Obsidian Entertainment and Private Division. Lost in transit while on a colonist ship bound for the furthest edge of the galaxy, you awake decades later only to find yourself in the midst of a deep conspiracy threatening to destroy the Halcyon colony. As you explore the furthest reaches of space and encounter various factions, all vying for power, the character you decide to become will determine how this player-driven story unfolds. In the corporate equation for the colony, you are the unplanned variable.

Developed by Ubisoft Massive and the same teams that brought you “Tom Clancy’s The Division®,” “Tom Clancy’s The Division® 2” is an online open-world, action-shooter RPG experience set in a collapsing and fractured Washington, D.C. This rich new setting combines a wide variety of beautiful, iconic and realistic environments where the player will experience the series’ trademark for authenticity in world-building, rich RPG systems, and fast-paced action like never before. Play solo or co-op with a team of up to four players to complete a wide range of activities, from the main campaign and adversarial PvP matches to the Dark Zone — where anything can happen.

“Tunic” is an isometric action adventure about a tiny fox in a big world. Embark on an adventuresome quest about set in that place just beyond the farthest you’ve ever been! Explore ancient ruins, fight monsters and uncover mysterious secrets. The world is big and scary — so be brave, little one!

From the creators of “Wasteland 2” and “Torment: Tides of Numenera” comes “Wasteland 3!” Following the critically acclaimed releases of 2014’s “Wasteland 2” and 2015’s “Wasteland 2: Director’s Cut,” fans have been clamoring for a direct sequel. “Wasteland 3” will feature a deep and engaging story utilizing a newly-revamped dialog tree system from the celebrated writers of “Torment: Tides of Numenera,” along with a renewed focus on our trademark complex story reactivity and strategic combat that evolves on “Wasteland 2’s” deep tactical turn-based combat and unique encounter design. Play by yourself or with a friend in story-driven synchronous or asynchronous multiplayer to face difficult moral choices and make sacrifices that will change the game world.