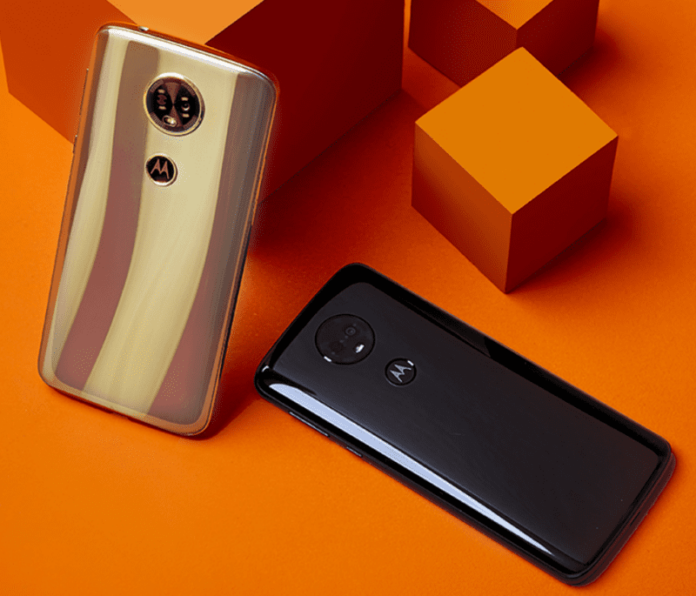 As a part of its festive campaign(#TimeForJoy), Motorola asked users to pledge 60 minutes and share their own #TimeForJoy moment. The campaign hashtag #TimeForJoy trended at #1 nationally and the campaign garnered over 9 Million impressions and 1.5 Million engagements. Overall, 24.8 Million minutes were pledged by those who participated.

While phones have enormously enriched our lives, they have also encroached on them, Motorola believes it’s all in the balance. As one spends more and more time staying engrossed in their phones, they miss out on spending time with people around them. This Christmas, in an attempt to urge people to maintain a healthy #phonelifebalance, Motorola nudged users to go beyond material gifts and shower their loved ones with something they would truly value – the gift of time. 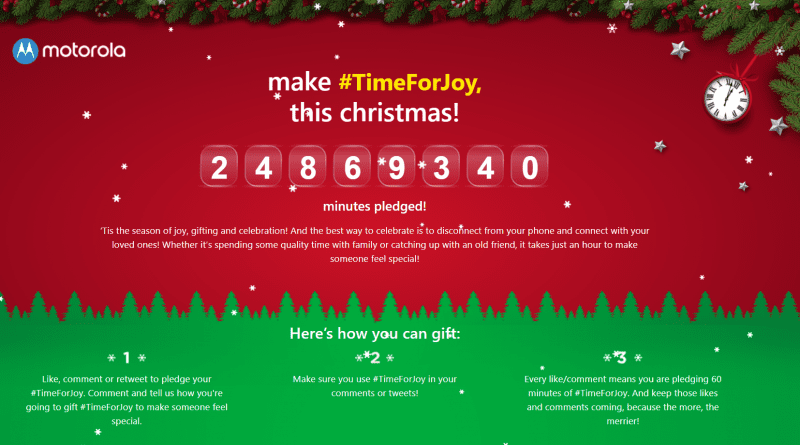 As a part of its festive campaign – #TimeForJoy, Motorola asked users to pledge 60 minutes and share their own #TimeForJoy moment. Participation was made possible through many forums as people were asked to Like, Retweet, Tweet or Comment with what they would like to pledge their 60 minutes to and how they would utilize this #TimeForJoy. Motorola sent a lucky few, gifts that would allow them to spend  #TimeForJoy with their loved ones. This included assorted tea bags, board games, yoga mats, dinner & movie vouchers amongst others.

The campaign also drove offline engagement, staying true to the core philosophy of #phonelifebalance by organizing old-school dinner dates with couple bloggers who were challenged to spend 60 minutes with their partners without reaching out for their phones. With integrated efforts to congregate an actual change, Motorola additionally sent alarm clocks to influencers, as a reminder to make #TimeForJoy and each minute count. As the best way to celebrate is to connect with loved ones, even if it means disconnecting from phones for a while and striking much-needed #phonelifebalance.

Minutes pledged towards meaningful interactions were collated on www.mototimeforjoy.com and updated real-time as users participated in spreading true Christmas cheer. Follow us on Twitter for more news and updates.