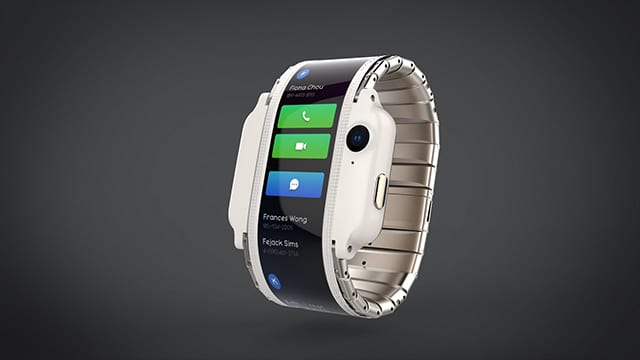 In the past few days, we have seen Samsung announcing their Samsung Galaxy Fold and Huawei unveiling their Mate X foldable smartphone. While both of them are priced over $1900 mark, Nubia has announced a new smartphone-smartwatch hybrid at the MWC 2019 a flexible OLED display and Snapdragon Wear chipset. The prototype of Alpha was showcased during the IFA 2018.

The Nubia Alpha is a flexible display strap with a 4-inch flexible OLED display which can be used just as a smartwatch on your wrist. However, the basic idea of this device is to use the 4-inch OLED display as a full-fledged smartphone with all the shortcuts and functions that the Nubia’s custom OS has to offer. Nubia claims this display to be the world’s first wearable smartphone with a flexible display. Under the hood, it is powered by Qualcomm’s Snapdragon Wear 2100 processor, 1GB RAM, and 8GB storage. It is packed with a 500mAH battery with up to up to 2 days of battery. Nubia Alpha will go on sale in China in April and will be available in the European market soon after. It will go on sale in the US market later in Q4 2019.  For more news and latest updates from the floors of MWC 2019, follow us on Twitter and Facebook.