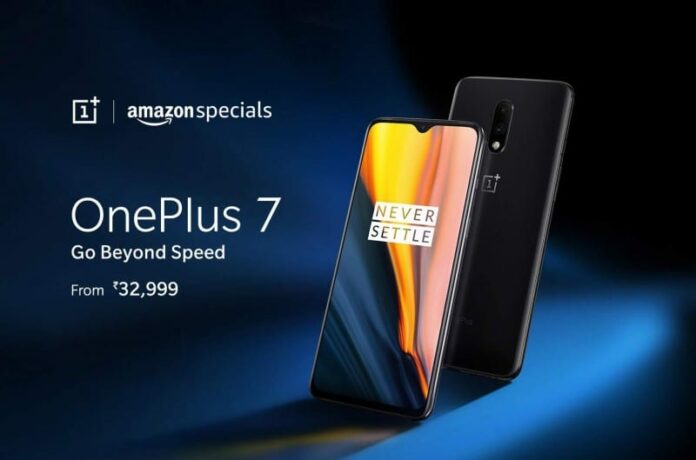 The device will go on at 12 noon on Amazon and OnePlus.in.

The OnePlus 7 comes with a 6.41-inch optic AMOLED (2340*1080 pixel) 19.5:9 display with a water drop notch, similar to OnePlus 6T. Under the hood, OnePlus 7 is powered the latest Snapdragon 855 processor clocked at 2.84GHz coupled with Adreno 640 GPU. OnePlus 7 comes in two variants – 6+128GB and 8+256GB. OnePlus 7 will also come with UFS 3.0 flash storage which will make the device overall faster than comparable smartphones. OnePlus 7  packs in feature 3700mAh battery with support for 20W fast Charge, and is currently running on Android 9.0 Pie based on OxygenOS 9.0 and will be getting Android Q beta in a few days from now. With the new RAM boost feature, apps and games faster.

In terms of optics, OnePlus 7 will come with a dual rear camera system with a 48MP primary sensor powered by Sony IMX586, OIS, f/1.7 aperture and a secondary 5MP depth sensor which is used to created depth effect and not for zooming. The OnePlus 7 will also pack in an In-display fingerprint scanner along with support for Face Unlock. Other features of the OnePlus 7 include – USB 3.1 Type-C connectivity, dual Stereo Speakers up front, Bluetooth 5.0, Wi-Fi(2.4+5Ghz), NFC, USB Type-C, Alert Slider, Dual SIM, 4G VoLTE, dual Stereo Speakers up front with Dolby Atmos. 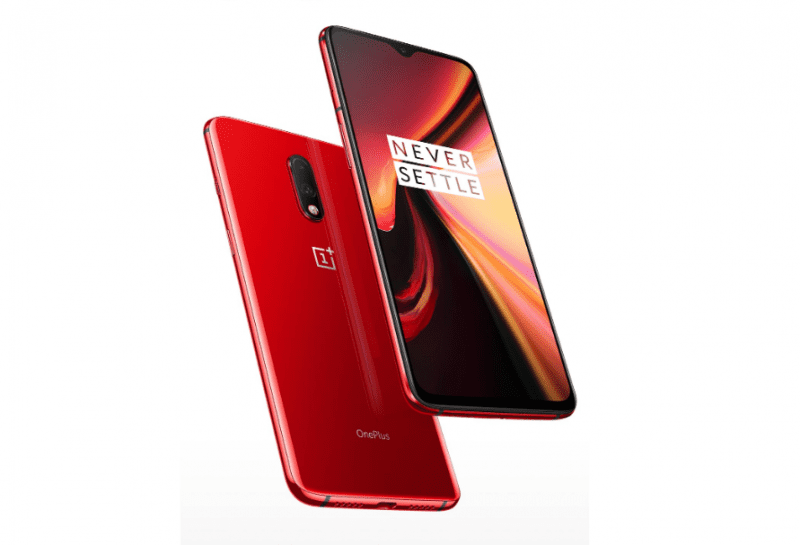