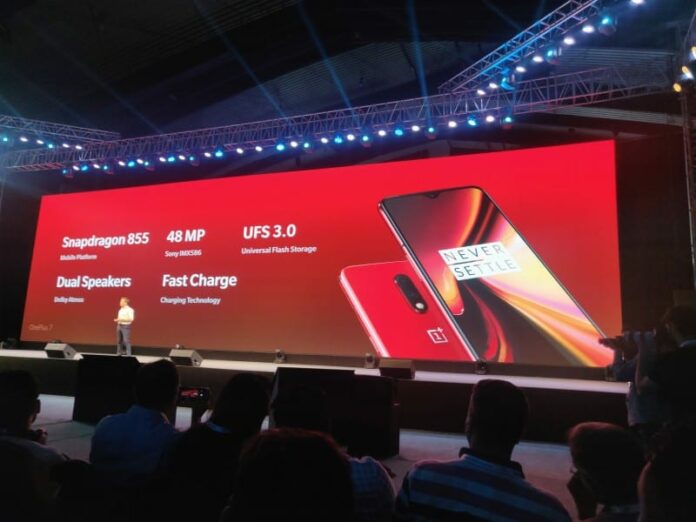 Diving-in into the specifications, the OnePlus 7 comes with a 6.41-inch optic AMOLED (2340*1080 pixel) 19.5:9 display with a water drop notch, similar to OnePlus 6T. Under the hood, OnePlus 7 is powered the latest Snapdragon 855 processor clocked at 2.84GHz coupled with Adreno 640 GPU. OnePlus 7 comes in two variants – 6+128GB and 8+256GB. OnePlus 7 will also come with UFS 3.0 flash storage which will make the device overall faster than comparable smartphones. OnePlus 7  packs in feature 3700mAh battery with support for 20W fast Charge, and is currently running on Android 9.0 Pie based on OxygenOS 9.0 and will be getting Android Q beta in a few days from now. With the new RAM boost feature, apps and games faster. 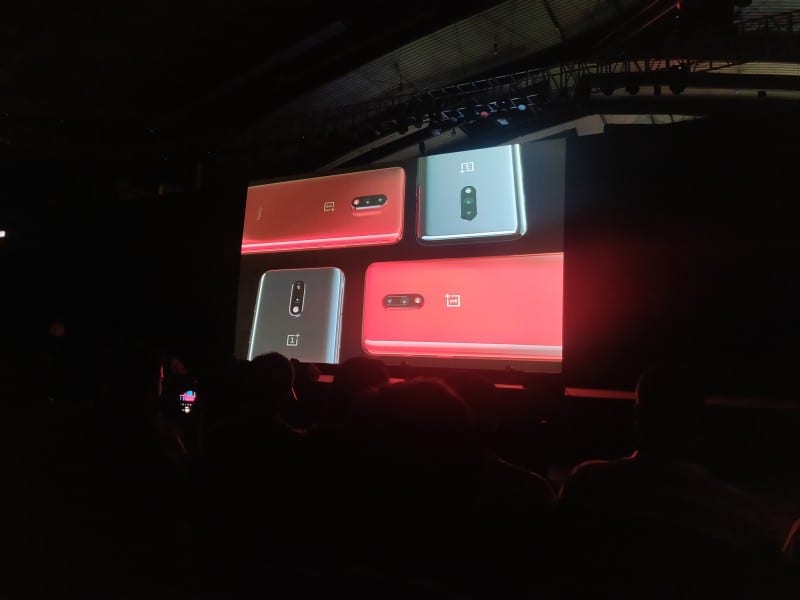 In terms of optics, OnePlus 7 will come with a dual rear camera system with a 48MP primary sensor powered by Sony IMX586, OIS, f/1.7 aperture and a secondary 5MP depth sensor which is used to created depth effect and not for zooming. The OnePlus 7 will also pack in an In-display fingerprint scanner along with support for Face Unlock. Other features of the OnePlus 7 include – USB 3.1 Type-C connectivity, dual Stereo Speakers up front, Bluetooth 5.0, Wi-Fi(2.4+5Ghz), NFC, USB Type-C, Alert Slider, Dual SIM, 4G VoLTE, dual Stereo Speakers up front with Dolby Atmos.

The device will be available sometime in June. Follow us on Twitter for more news and updates.