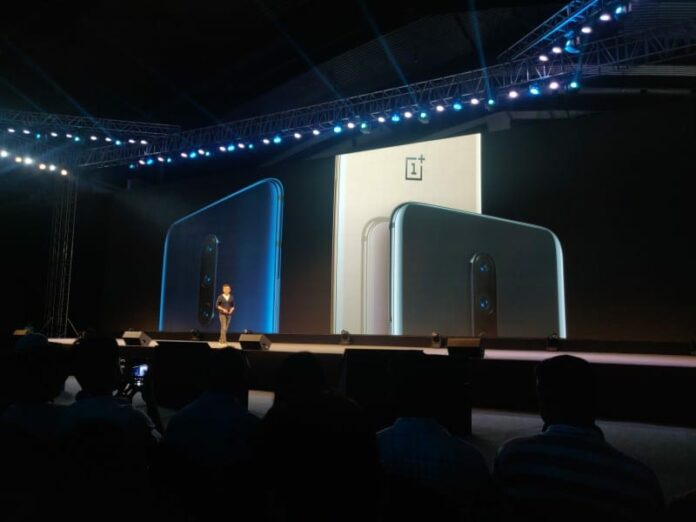 Diving-in into the specifications, the OnePlus 7 Pro carries a new and large 6.67-inch Quad HD+ (3120*1440) curved Fluid AMOLED display with 90Hz high refresh rate, users will be able to get give smooth interactions and animations from the display. Last week, OnePlus 7 Pro received DisplayMate’s highest A+ rating, making it one of the very best smartphone displays on the market. Further, the display will be HDR10+ certified which makes the display optimal with all the high-res content from different streaming services like Netflix, Amazon Prime, YouTube, and more. Under the hood, OnePlus 7 Pro is powered the latest Snapdragon 855 processor clocked at 2.84GHz coupled with Adreno 640 GPU. 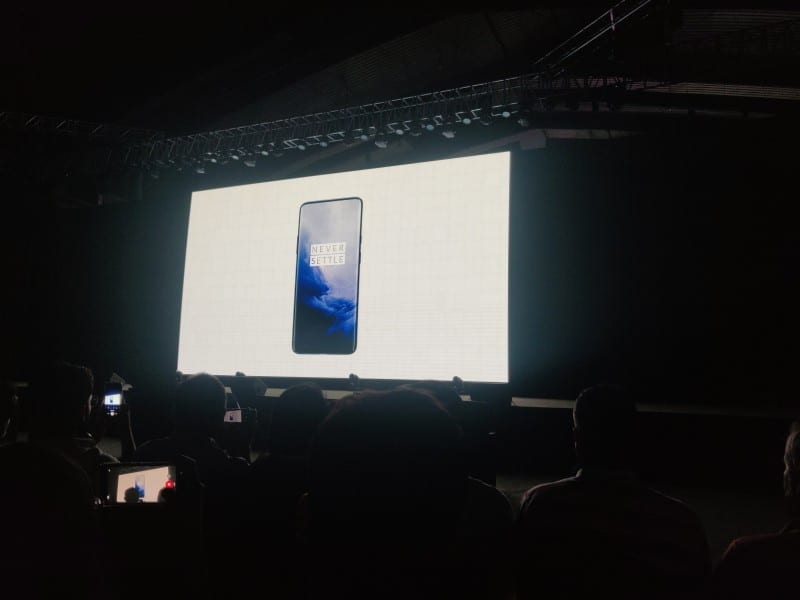 OnePlus 7 Pro comes in three variants – 6+128GB, 8+256GB, 12+256GB. OnePlus 7 Pro will come with UFS 3.0 flash storage which will make the device overall faster than comparable smartphones. UFS 3.0 will be able to deliver speeds up to 2900 MB/s., which is 2x better compared to the UFS 2.0. OnePlus 7 Pro will feature a bigger 4000mAH battery with support for 30W Warp Charge, the same charging tech that is found on the OnePlus 6T McLaren edition smartphone, which allows for a quick 48% charge in just 20minutes.

The Pro is currently running on Android 9.0 Pie based on OxygenOS 9.0 and will be getting Android Q beta in a few days from now. With the new RAM boost feature, apps  and games faster. Also, the device comes with liquid cooling system for better gaming performance. There is also a dedicated mode called “Fnatic Mode” which lets to optimize CPU and improve the gaming experience. 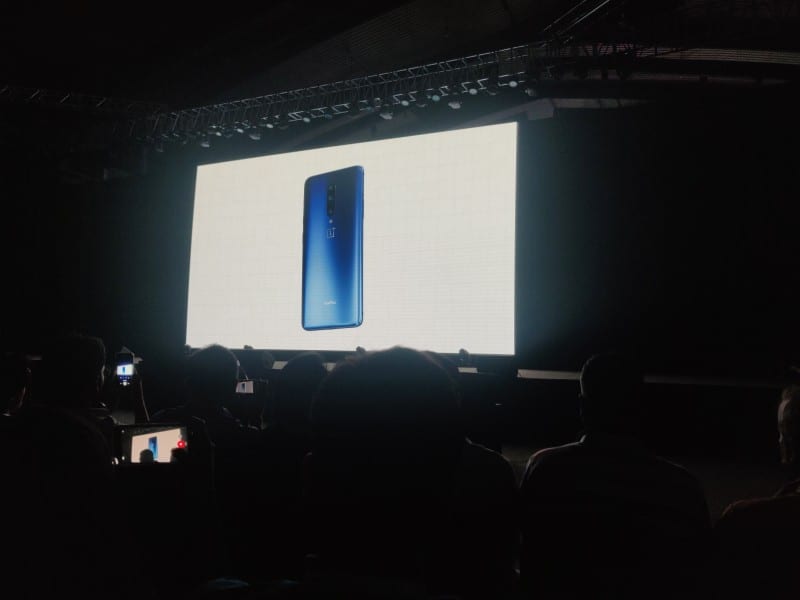 The major and crowd-favorite change comes in the form of the rear camera, OnePlus 7 Pro comes with a triple rear camera set-up with 48MP (f/1.6, OIS, Sony IMX 586) + 8MP (f/2.2, OIS, telephoto) + 16MP (117-degree wide-angle, PDAF) sensors with an LED flash. The primary 48MP sensor from Sony is 1/2-inch with 7P lens, f/1.6 aperture, OIS. The camera also supports 3X optical zoom. The camera supports Quick Capture, Portrait Mode, Slow-mo modes, Nightscape 2.0, Studio Lighting, and much more. Also, over at the front, the 7 Pro comes with 16MP pop-up camera that comes out in 0.53 seconds with a press. Also, OnePlus 7 Pro received highest ever 111 points over at the DXoMark benchmark. The device packs in an in-display fingerprint scanner as well as support for face unlock.