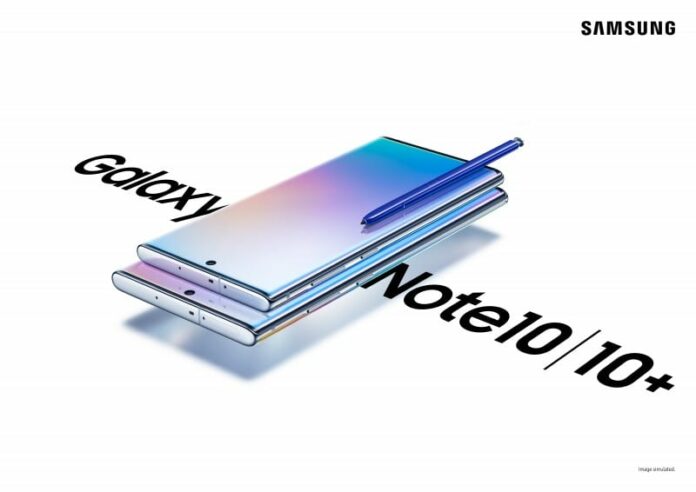 Samsung has just announced its latest smartphone, the Galaxy Note 10 at an event in New York, US. For the first time, the company has announced two new Note devices, Note 10 and Note 10+. The company has also announced Note 10+ 5G variant which will be available later this year. Here’s what the cheapest Note 10 serirs smartphone offers.

Note 10 comes with S Pen support, which has been one of the key features of the Note lineup over the years. The S Pen comes with 6-axis Sensor including Gyro Sensor, Acceleration Sensor. With S Pen now, you can jot down notes, instantly convert their handwriting to digital text in Samsung Notes, and export it to a variety of different formats, including Microsoft Word. You can also now customize notes by shrinking, enlarging, or changing the color of the text. In just a few taps, meeting notes can be formatted and shared. The Bluetooth Low Energy-enabled S Pen supports Air actions, allowing you to control certain aspects of the device using gestures with the S Pen.

The Samsung Galaxy Note 10 features a 6.3-inch Full HD+ (2280x1080p) Dynamic AMOLED Infinity-O display with camera hole cut-out at the center with an edge-to-edge display that is HDR10+ certified. The device is powered by Samsung’s own and the latest Exynos 9825 or Snapdragon 855 chipset depending on the region. It comes only in one variant – 8GB and 256GB internal storage with no microSD card support. The smartphone is running on Android 9.0 Pie on top of Samsung’s new One UI skin. The Note 10 comes with 3500mAH battery with support for the 25W fast charge via USB Type-C as well as support for wireless fast charging and reverse wireless charging, meaning you can charge other smartphones/accessories with the new Galaxy smartphones.

Over to the optics department, there is a Triple camera setup at the rear with an Ultra-Wide 16MP(f/2.2, 123°) + Wide-angle 12MP(2PD AF f/1.5-2.4 OIS, 77°) + Telephoto 12MP(f/2.1, OIS, 45°) and over at the front, there is a 10MP Dual pixel front camera, 80°, f/2.2 aperture. The camera modes include Live Focus Video, Zoom-In Mic that amplifies the audio in the frame and pushes background noise aside to help focus on the sounds that you want, AR Doodle and 3D Scanner, Night Mode(even for the front camera). Furthermore, the device comes with an In-display Ultrasonic Fingerprint sensor as seen on the S10 and S10+. Also, the device comes with Knox security, Face unlock support. Other features of the device include Bixby, NFC, Samsung Pay, 4G, Wi-Fi 802.11 a/b/g/n/ac/ax (2.4/5GHz), Bluetooth 5, ANT+, NFC, GPS, MST, AKG Stereo speakers, and Dolby Atmos sound. Also, this time there is no 3.5mm headphone jack.