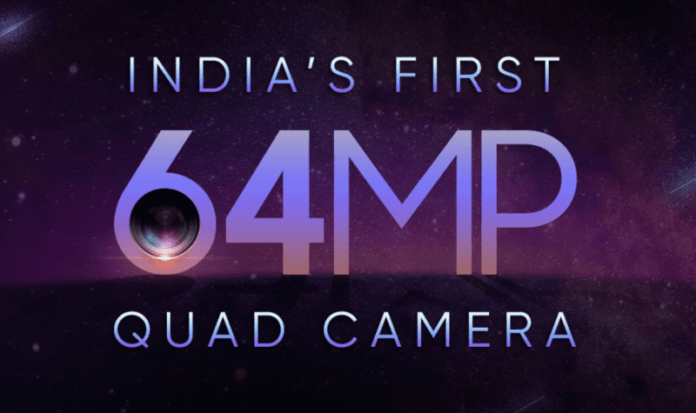 Realme has announced the launch date for its upcoming smartphone, Realme XT. The smartphone with a 64MP camera will be launching in India on September 13th at 12 noon. This will also make the Realme XT the first smartphone in India to come with a 64MP sensor. A week back complete specifications of the smartphone was revealed. Last month the company announced Realme 5, 5 Pro, and they had also tested the XT launch during the event.

On to the optics, straight up,  the Realme XT features the world’s first 64MP camera beating the arch-rival Redmi by a day margin. The Realme XT comes with a Quad-camera set-up at the rear with 64MP+8MP+5MP+2MPsensors with an LED flash. The primary 64MP being a Samsung ISOCELL Bright GW1 sensor with f/1.8 aperture, 1/1.72-inch large sensor, an 8MP ultra-wide-angle lens to captures 1.5x more details with 119-degree FoV, f/2.25 aperture, the 2MP super macro lens comes with a 4cm microscopic focal-length, f/2.4 aperture, and a 2MP Portrait lens with f/2.4 aperture to get a better, sharper, and clear portraits. Over at the front, the device comes with a 16MP selfie shooter with Sony IMX 471, f/2.0 aperture.