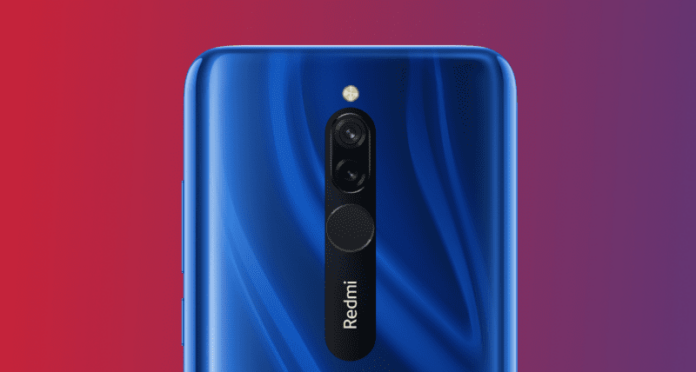 Xiaomi India has launched a new budget smartphone in India today, the Redmi 8. The Redmi 8 is more like an upgraded version of the recently launched Redmi 8A. It comes with a fingerprint scanner, dual rear cameras, IR Blaster, P2i Splash protection nano-coating, and much more. Also, at the launch, Xiaomi India confirmed that the Redmi Note 8 Series will be launching in India on October 16th.

The Redmi 8 comes with a new Aura Mirror design that gives a better grip. The device comes in three color options – Sapphire Blue, Ruby Red, Emerald Green, and Onyx Black. Diving into the specifications, the Redmi 8 flaunts a 6.22-inch (1520× 720 pixels) HD+ IPS  display with a dew-drop notch(dot display) protected by Corning Gorilla Glass 5. Under the hood, it is powered by an Octa-Core Snapdragon 439 processor clocked at 2GHz, Adreno 505 GPU. It comes in two variants – 3+32GB and 4+64GB with microSD card support up to 512GB. The device also comes with a rear-mounted fingerprint scanner and Face unlock support. To power all the internals, the Redmi 8 is packed with a massive 5000mAH battery with Type-C port and supports 18W fast charging(10W in-box).