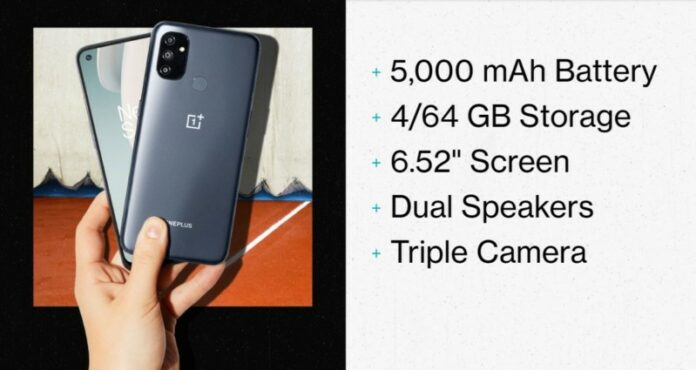 OnePlus, today announced two new smartphones namely the Nord N100 and the Nord N10 5G; however it seems that OnePlus has finally “settled” from its “Never Settle” tagline and has started rebranding smartphones from the group of BBK Electronics the parent company of Oppo, Vivo, OnePlus and more. 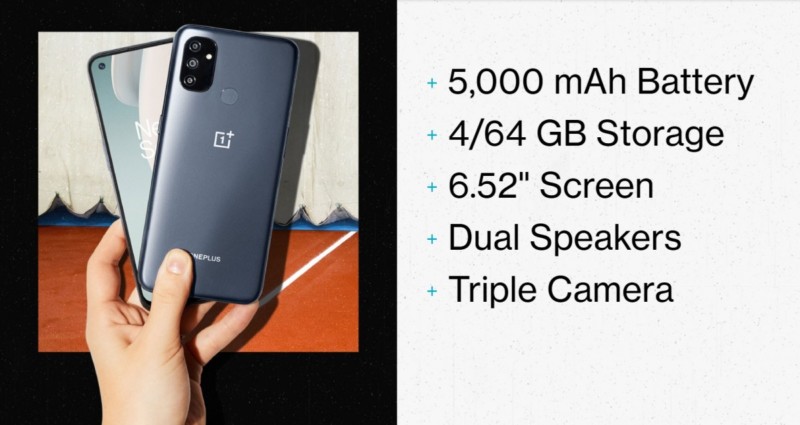 The newly announced OnePlus Nord N100 is the entry-level offering from the brand priced at €200/£180 for the base variant comprising of 4GB’s of RAM and 64GB of UFS 2.1 storage which can further be expanded using a microSD card.

Interestingly, the smartphone is much similar to the previously announced Oppo A53s launched in India. Packing in the 11nm Snapdragon 460 chipset with Cortex-A73 derived cores and an Adreno 610 GPU. On to the display, the N100 packs in a 6.52-inch IPS LCD panel with an HD+ 720 x 1,600 px resolution; the display is additionally guarded by Gorilla Glass 3. However, OnePlus has toned down the display from the Oppo A53 packing in the standard 60hz refresh rate compared to 90Hz on the A53.

It also packs in stereo speakers and has a rear-mounted fingerprint reader for security. Powering the smartphone, there’s a  5,000 mAh battery with support for 18W fast charging. Do note that, the Nord N100 has a 3.5 mm jack for attaching earphones. Moving on to the rear, similar to the A53s, there’s a 13MP main camera alongside two almost useless macro and a depths sensor (both 2 MP). On the front, there’s an 8-megapixel selfie camera housing inside the punch-hole. 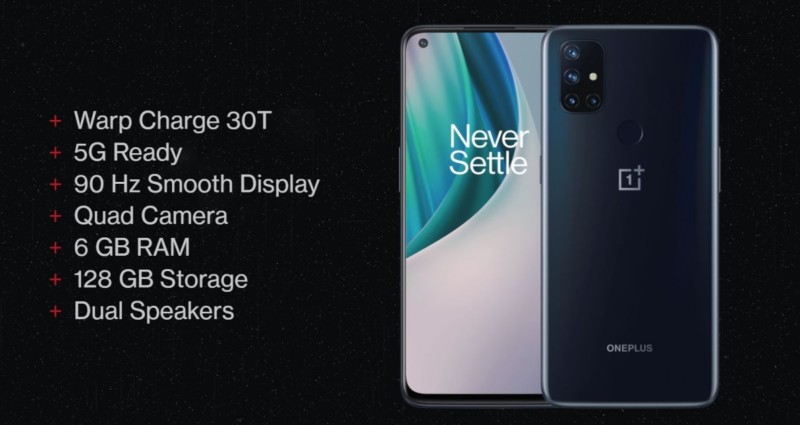 Moving on to the OnePlus N10 5G, the device packs in the upper mid-range Snapdragon 690 chipset,  along with a 6.49-inch FHD+ IPS LCD display; additionally, the display is protected by Gorilla Glass 3.

Moving on to the optics, the smartphone features a 64-megapixel primary sensor along with a 119-degree ultrawide angled lens with an 8 MP sensor and two mostly useless dedicated macro and depth sensors. Also, there’s a rear-mounted fingerprint sensor at the back. On the front, there’s a 16-megapixel primary shooter.

Also, unlike the first OnePlus Nord, these two new smartphones will launch in the US and won’t be making their way to India. Both the Nord N100 and the N10 are launching with OxygenOS 10.5

That said, as the OnePlus Nord N100 and the Oppo A53s are so similar; which smartphone will you choose? Do let us know by dropping a comment down below.