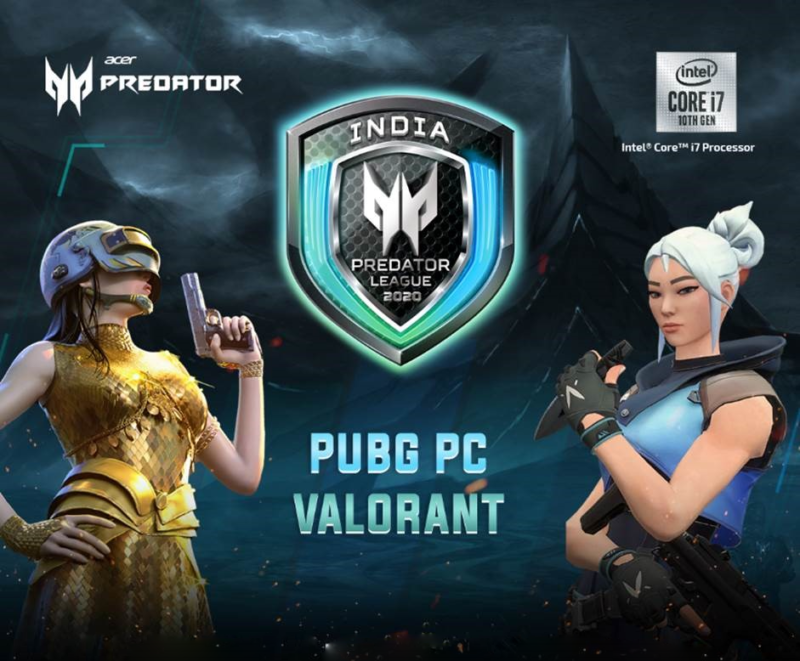 Acer, a pioneer in PC gaming in India, is all set to kick-start its Predator Gaming League 2020 from December. Predator League is held by Acer annually to reinforce the Predator brand’s commitment to supporting the gaming industry and in the Asia Pacific region. The flagship gaming event will is expected to attract thousands of gamers and an audience playing for hundreds of hours throughout the month-long festival.

To add to the thrill of this event, this time Acer has brought on more than just 1 game to the table. In addition to PUBG, the Predator Gaming League 2020 will also witness gamers enjoying the terrific rush that the Valorant offers. While PUBG needs no introduction, Valorant has taken the Indian e-sports community by storm in India and has established it as one of the top multiplayer e-sports games in no time.

Predator Gaming League has been the pioneer for developing the gaming community and is instrumental in the growth of e-sports in India. Through this edition of the PGL tournament, Acer is dedicating a special event only for women gamers who are a growing community, which as a gaming brand Acer takes the responsibility to develop and nurture. PGL is not just a tournament but it is much more for the community of gamers and such initiatives further develop the gaming community as a whole.

The Predator Gaming League 2020 India will run in three phases till the end of the year entirely online with 100s of teams and 1000s of players participating through qualifiers right up to the grand finale across the two of the most popular e-sports games. Starting from the 3rd of December, the Predator Gaming League will run through the month culminating in the grand finale to determine the champions of India in this prestigious tournament. Fans will be able to catch the action of the tournament on Acer’s social media handles including Instagram, Twitter, Facebook, and YouTube.

Users can register at http://predatorleague.acerindia.co.in/