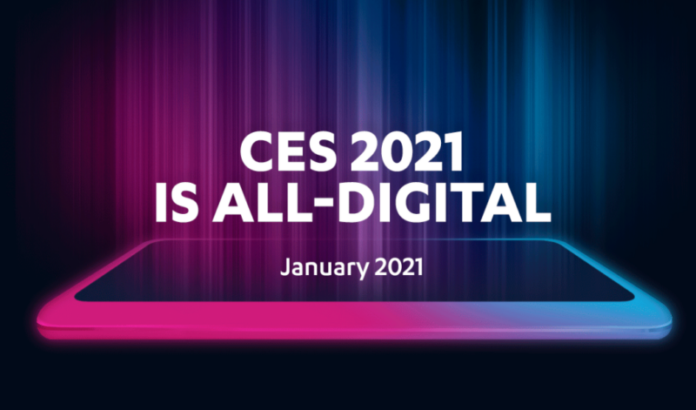 CES, the world’s biggest annual consumer electronics show will be an appreciably diverse affair for 2021. Rather than taking over Las Vegas for several days in the new year, the 51st edition of the event, CES 2021 will be an all-digital experience for the first time in history. Participating companies will be sharing their latest and greatest innovations online this year, versus at an event in the Las Vegas Conventional Center from the past years. So, Here’s what you can expect from CES 2021

CES 2021 will begin from Monday 11th to Thursday 14th January, which is a week later than the show’s usual dates. The ‘media day’, will be hosted on the first day, when over 20 companies will host their biggest press conferences of the year. That’s when one can expect a ton of new product announcements.

Before the show itself, LG has grabbed the ‘CES Best of Innovation Award’  with its OLED TV technology being recognised in the gaming category. The statement mentioned “Particularly noteworthy for 2021 is LG’s latest entertainment products including LG OLED, LG NanoCell, NEXTGEN TVs and TONE Free earbuds. More details on specific LG Home Entertainment products honoured will be announced at CES 2021 in January.”

Sony is usually nothing if not productive at CES, we’re hopeful that the Japanese giant will have plenty of new products in store for us. While there would be a ton of new Sony TV ranges and PS5 talks,  we’re even expecting more on Sony audio products

Samsung has already confirmed the plans to launch a consumer-focussed MicroLED TV early in the year, and CES 2021 seems right on the spot. It is also tipped that Samsung may launch its Galaxy S21 phone on 17th January (a month earlier than usual), along with the leaked Galaxy Buds Pro true wireless earbuds.

TV reveals: Friday 8th January, 10am GMT (5am ET, 2am PT)
Panasonic is will be unveiling its 2021 TV line-up the week before CES kicks off. Since the company is behind some of the best TVs of 2020 we are expecting a new range of TV’s from the brand at CES 2021.

HARMAN ExPLORE: Thursday 7th January, 2pm GMT (9am ET, 6am PT)
While HARMAN ExPLORE is not officially associated with CES, the company is hosting a virtual event that will ‘offer a behind the scenes look at what’s in-store for 2021’ from the Harman-Kardon and JBL brands. We expect to see new audio hardware including headphones, portable speakers and high-end kit,  as well as plenty of automotive audio talk.

That said, what product are you looking forward to? Do let us know by dropping a comment down below.