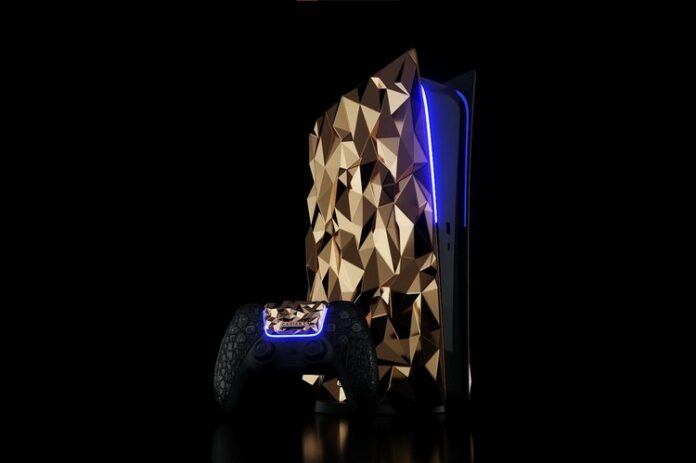 Playstation 5 was one of the most awaited consoles, and now it also has become one of the most popular ones. The stocks of the PS5 might have some problems, but even after all the delays people have begun to get their orders and they eventually are enjoying the console as well.

Well with that, Caviar, which is a Russian modding company that has also unveiled its super-expensive iPhones, has announced the special edition Playstation 5 that is fully made out of gold. They eventually have launched a custom 18-karat gold plated PS5 with an alligator-leather wrapped controller.

Firstly, it was launched in January of this year, but for some reason, they haven’t had revealed the price. This time, however, they have revealed the price of the special edition console as well. The price for each one of these starts at $499,999 which is more than Rs. 3 crores when converted to INR. The company here, also states that the outer casing of this PS5 is “made in the original jewelry technique, which adds volume and texture to the model”. Also, further adding, “The inspiration for the designers was the unique geometry of the gold ore and the graceful, beautiful outlines of the rock. That is why the console was named Golden Rock.”

While the announcement, Caviar has had disclosed that they would be producing only one of this special edition PS5. However, now they have said that they will produce 9 of these special model PS5’s for their customers.

Well with that said, do let us know your opinions on this Golden PS5, by dropping a comment down below.