Infinix Hot 10S Confirmed to Launch in India on May 20 exclusively on Flipkart. The phone is going to be a budget device and has been teased to be priced under Rs 10,000. So we can expect it to compete against the Redmi 9 Power and Narzo 30A.

This phone would be launching on Flipkart and there is already a banner of this phone available on the Flipkart Mobile app. Talking about the specifications the device would come with a 6.82″ HD+ TFT LCD, which may not be that good on paper but when combined with the 90Hz refresh rate, it would make the overall experience much better. Under the hood, the device would be power by the MediaTek Helio G85 SoC which is a great chip and one of the best chips when it comes to playing games. So the gaming experience should be good on this device. 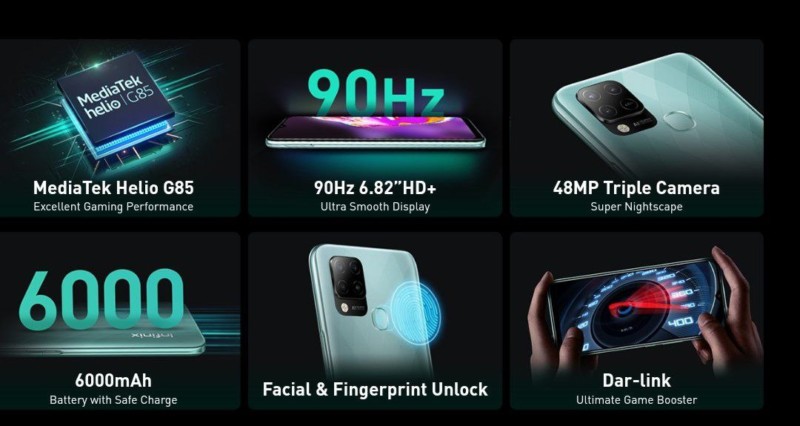 In terms of optics, the phone boasts a main 48MP camera, with an 8MP Ultra-wide camera, a 2MP depth camera and there is also an AI present. As for the internals, the phone would be available in either a 4GB/6GB RAM variant or either a 64GB/128GB variant. It comes with a big 6,000mAh battery and supports 10W charging, which could be an issue. As for the software, the phone runs on XOS 7.6 which is based on the latest Android 11. As said before, the device would be priced under the price tag of Rs 10,000 which would be very competitive pricing for the specifications.

Well with that said, do let us know your opinions on this post-Infinix Hot 10S Confirmed to Launch in India on May 20 exclusively on Flipkart by dropping a comment down below.