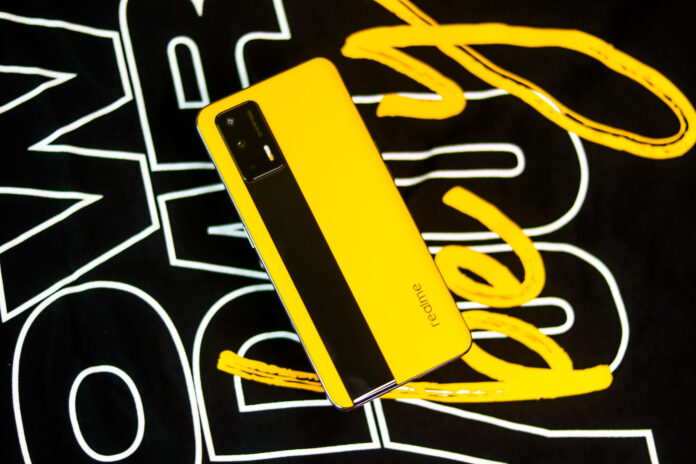 In this era where the smartphone rivalries are working hard to gain their foothold into the Indian market with their budget flagship devices, Realme has tried to acquire this space with its affordable flagship peers with its latest offering i.e, Realme GT 5G. This smartphone shifts the spotlight on it holding some top-of-the-line features: – 120Hz Amoled Display, Qualcomm Snapdragon 888 Processor, 65 Watt SuperDart Charge, LPDDR5 RAM with UFS 3.1 storage. This pursuit of the specifications and value heats up the competition but what really boils down is; Can Realme GT wreck down its contenders and make its place into the budget flagship category? After using the Realme GT for over a week as my primary smartphone, here’s our unbiased review of the Realme GT 5G.

The Realme GT 5G resembles the aesthetics from the Realme 8 series. The rear is finished with a yellow vegan textured plastic which feels like leather and the black strip is also made of glossy plastic which catches scratches and smudges with ease. This Racing Yellow colourway takes its inspiration from a Formula 1 Car. However, if you’re someone who doesn’t like this flashy yellow, you can either opt for the other two colourways:- Dashing Blue or Dashing Silver in which the back panel is made up of polycarbonate back with the visibility of scratches and dust. For our review period, we’re rocking the Racing Yellow colourway.

Being a flagship, it feels compact and lightweight with a weight of 184 grams and fits ergonomically well. The curved back aids in better gripping of the device. Some people might have an issue with the metallic-like plastic frame, but it feels premium and can handle accidental hits quite well. Sadly, there is no IP rating with this device whereas Xiaomi has initiated this from its mid-range devices.

On to the left, it holds volume rockers and Sim Tray Slot, the right side of Realme GT flanks the power button with a yellow accent on its top and bottom consists of the standard port layout:- USB Type-C Port along with an OG headphone jack and a bottom-firing speaker, with an earpiece which doubles up as a speaker and delivers stereo sound. These speakers deliver a delightful experience while playing games like COD and BGMI, not having Bluetooth or wired earphones and headphones won’t interrupt the game session. The tactile feedback of the physical buttons is perfect and there’s no hindrance in the reachability.

Over to the display, it couples a 6.43-inch FHD Super AMOLED Display with a peak brightness of up to 1000 nits and a 91.7% screen-to-body ratio. The punch hole camera is situated on the top left corner. The outdoor visibility of the display is good and we didn’t encounter any issues with it. The default colour tuning is inclined towards neutral. It has three colour profiles:- Vivid, Gentle and Brilliant. However, if better colour reproduction and bright and punchy colours are your priority, ‘Brilliant’ will be the best display profile for you. It bundles the Widevine L1 certification which lets you stream OTT content in high definition whereas it’s still not able to stream HDR content on Netflix and Amazon Prime. The in-display fingerprint sensor is quick and accurate, the fingerprint sensor is positioned very low 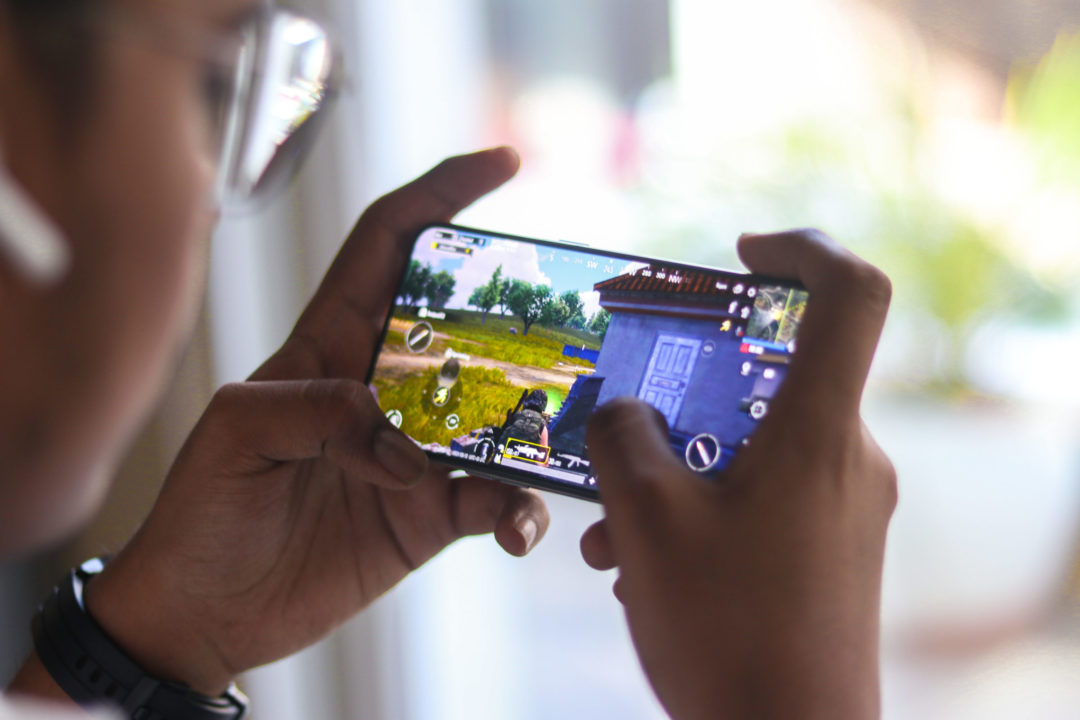 The Realme GT sports the Qualcomm Snapdragon 888 with the futureproofing of 5G; This is one of the fastest SOC in the world of Android. This chipset is based on 5nm and provides a clock speed of up to 2.84 GHz which is coupled with LPDDR5 Ram and UFS 3.1 storage where the read speed is 1.4GB/s and write speed is 647 MB/s. However, it directly competes with the likes of Mediatek Dimensity 1200 where it performs better in benchmark tests, gaming performance, multimedia and connectivity. The Graphical duties are handled by Adreno 660.

As far as benchmark tests are concerned, the Realme GT scored 796914 at Antutu Benchmark in which the temperature of the device reached from 35.2 degrees to 47.2 degrees with an 8% drop in battery. In the CPU throttling test, the CPU throttled to 74% of its max performance in 15 minutes. In GeekBench, it scored 1054 in Single-Core and 2819 in Multi-Core. With that, day-to-day performance remained smooth throughout my time with the device. With most of the famous game titles like Asphalt 9, BGMI, Call of Duty and Genshin Impact, it ran smoothly as this device inherits 360hz of touch sampling rate which makes the overall. However, the chipset runs warm to the touch but it was never uncomfortably hot due to the implementation of vegan leather back and the stainless steel vapour cooling which keeps the device cool.

The BGMI supports graphics up to Ultra HD with the frame rate set to Ultra. With a classic match of around 24 minutes, the heat was quite evident on the device but it still managed to pull off the game without any jitters and lagged with 58-60 FPS constantly. Meanwhile, this device also supports 90fps which can be activated by keeping the graphics on Smooth and frame rate at 90fps. With Genshin Impact, it delivered 58-60 FPS on Ultra setting and with Call of Duty, it delivered 60 FPS on Ultra setting. If you’re a prolific gamer, Realme GT won’t disappoint if you are seeking performance with it.

The Realme GT 5G bundles a triple camera setup which includes a 64MP Primary Camera, 8MP Ultra-Wide Lens and 2MP Macro Lens which is equipped with a LED dual-tone flash whereas there is a 16MP selfie shooter equipped on the front. However, not having a telephoto lens isn’t ideal whereas Xiaomi Note 10 Pro bundles a telephoto lens which is a mid-range device.

The Primary Sony IMX 682 sensor, this was earlier introduced in the Poco X3. Unlike the Realme 8 Pro, there is no lossless zoom available with this sensor which is a little disappointing. The photos captured with the primary camera shoots bright and accurate pictures with less signature of saturations in the scene. As soon as dim light hits in, the device starts producing washed-out tones which are not expected from a device at this price point. Due to not having OIS, it’s very hard for this device to face off its contenders which has OIS in this primary camera. In some situations, the dynamic range wasn’t able to manage the refraction of the sunlight which leads to unbalanced colour reproduction. In a pitch dark situation, it wasn’t able to manage the refraction of light glares. But, if you’ve some knowledge of professional mode, this device can shines the most.

The colour tuning between both primary and ultra-wide sensors isn’t constant, the blue and green colours aren’t able to match up the colours. The photos captured from the Ultrawide sensor are very noisier than the primary camera. As soon as the lights dim out, the ultrawide camera just becomes worse with more digital noise in the picture. The details are not sufficient in this sensor and we’ll recommend not switching on the Ultra-Wide sensor until you don’t need a wide frame to cover.

Now, the 2MP macro camera is locked at 4cm. However, the quality of this sensor is terrible and almost not pretty useful. It is way too difficult to focus on a subject to get a focus shot. We recommend you use a primary camera to capture macro photos and later crop them via photo editor or you can rely on professional mode to go close to the subject and capture macros by adjusting the focus manually which will lead to better results. Do note that these photos were shot with the primary camera using the professional mode, the macro camera is almost of no use.

The selfie camera in Realme GT is good in colour reproduction and maintain a good amount of details and dynamic range. Portrait mode does its job well to blur the background. Coming towards video capabilities, this device can shoot up to 4K and 1080P resolution with 60FPS. However, the absence of Optical Image Stabilization (OIS) might be a bummer but Electronic Image Stabilization does the job well to stabilize the video footage. 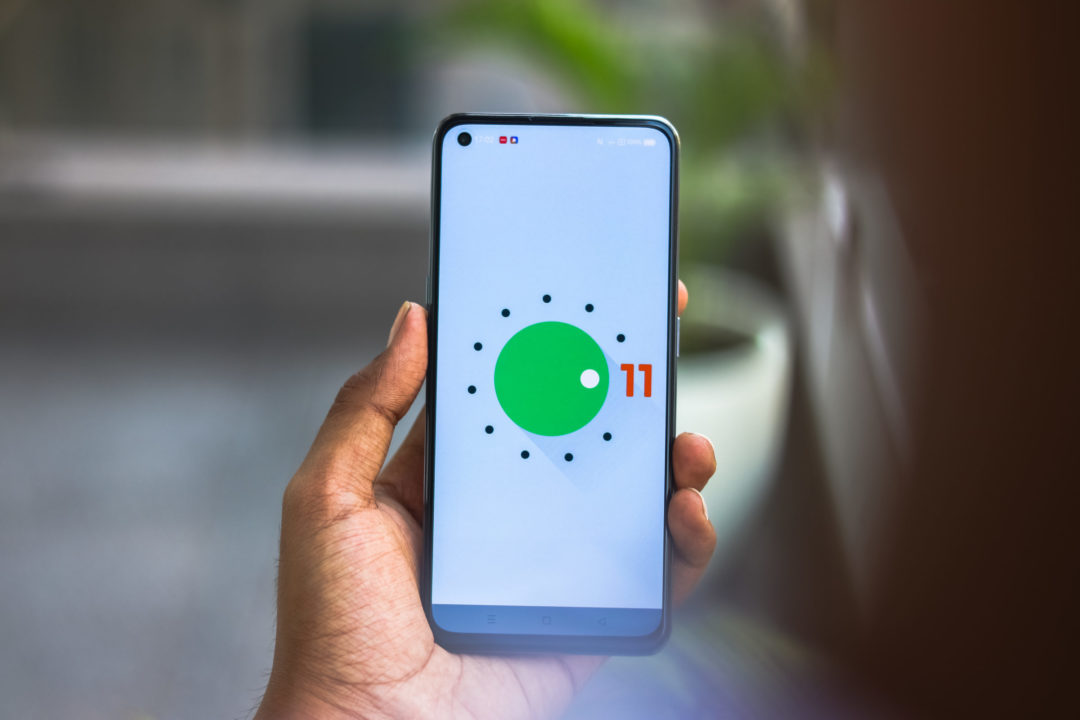 On the software side, Realme GT ships with Realme UI 2.0 on top of Android 11 which is a revamped version of ColorOS 11.1. Realme UI is much inclined towards adding useful customisable controls with a touch of Stockish Android feel in it. On to the customisation, features like changing icons, font, colour accent, AMOLED display etc. However, there’s just a lot of notification spam and advertisements keep bombing into the notification shade. A lot of these creepy Hindi advertisements stem from the system app i.e, Browser. It’s not the only thing that will bother you, it bundles a lot of bloatware apps:- Booking.com, HeyFun, SoLoop and WPS Office. Meanwhile, this bloatware can be uninstalled easily which doesn’t enlist under the worst problem.

NOTE: During our review period, we received an OTA update on 14th August which adds in the July 2021 security patch with some minor system changes which size around 66.09 MB. 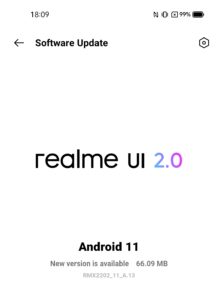 The Realme GT packs in a 4500 mAh battery, All day battery is no problem at all. It easily serves 6-7 hours of Screen on Time which includes a moderate hour of gaming, 2 hours of binge-watching. For charging, it’s suitably fast as it bundles a 65 Watt Fast Charger which is one of the fastest in this segment. As far as charging speed is concerned, it reaches 0%-66% in just 10 minutes and gets fully charged in 29 minutes. There is no wireless charging support for this device which drags it back from being a flagship.

If you are looking for a smartphone that bundles a gorgeous 120Hz AMOLED Display with a compact form factor, a flagship Qualcomm Snapdragon 888 Processor and 65 Watt Rapid Charging which juices your device in almost 30 minutes; This device is for you. However, if you love its racing yellow colour, you have to shell out 41,999 for the higher variant to get that but if you don’t want to spend INR 41,999 you will have to satisfy yourself with the other two colours. If you are looking for a great set of cameras, this device doesn’t stand up to its price. The primary and selfie shooter is the only camera sensor on which are decent whereas the ultra Wide and macro camera is just a disappointment paying this much premium price. The lack of IP rating and wireless charging is also a demerit but it won’t bother many users.

It crosses swords with some of the devices like the Oppo Reno 6 Pro; which carries a sleek design including a curved display with an underpowered MediaTek Dimensity 1200 processor when compared to the Snapdragon 888. If better cameras are something you are looking for, Reno 6 Pro will be a great choice. If performance is not a concern and you’re prioritising cameras, you can also consider Vivo X60 which has SD 870 chipset but a good camera performance. If you are looking for a smartphone that bundles great performance and cameras altogether, iQoo 7 Legend is something you should look at. It bundles an SD 888 processor with a better camera setup when compared to Realme GT at least.

Disclaimer: We tested the Realme GT 5G (12GB+256GB)  for a week before writing this review. All our reviews are unbiased and are published without the brand getting to read it before you guys. We don’t change our reviews on pressure from brands and that’s the reason we are not sent review units from companies like Samsung, OnePlus, Xiaomi and a few more.