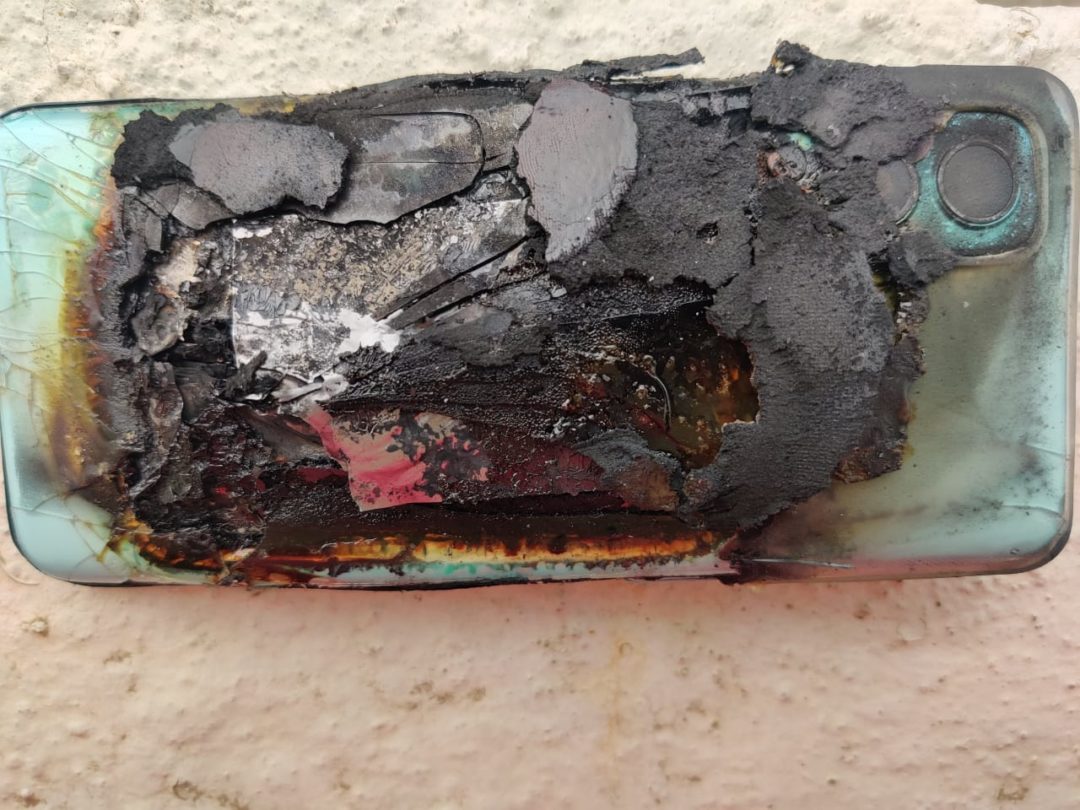 Also read, Telegram now allows a Group Video Call with up to 1000 Viewers

There hasn’t been any reply to this by OnePlus till now, which is not good as a lot of people are angry about this and have tagged the brand multiple times too. According to the person who shared this, his wife who was using the device is not well as she met with an accident due to this blast. Because of the accident, she currently is in Trauma.

The OnePlus Nord 2 is the successor to the OG Nord that was released last year. The devices come with the Dimensity 1200 SoC which is one of the Performance Chips and has also been seen in multiple devices at this price range. It gets a 90hz AMOLED Display and comes with a 4500mAh battery along with the support for 65W Fast Charging too and the 65W Charger is provided in the box.

It comes with a 50-megapixel Sony IMX766 main sensor with an f/1.88 lens and it even gets optical image stabilisation too. As for the other cameras, there is an 8-megapixel secondary sensor with an f/2.25 ultra-wide lens with support for EIS.

We have already made a dedicated post about the OnePlus Nord 2. In case, you’re interested in knowing more about the device, you can click on the link mentioned below.

Well with that said, do let us know your opinions on this post Twitter user shares that his OnePlus Nord 2 blasted and caught fire by dropping a comment down below.