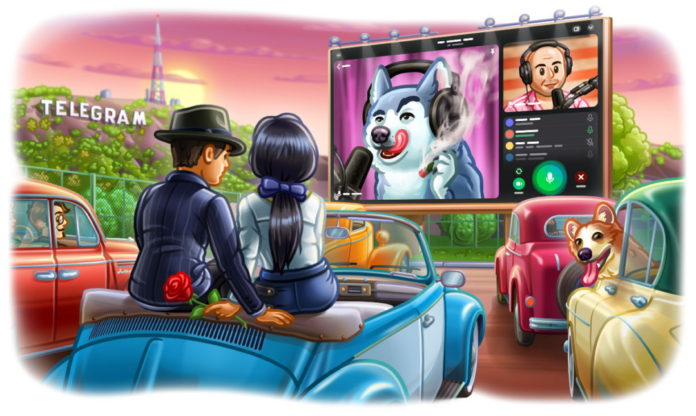 Telegram now allows a Group Video Call with up to 1000 Viewers. Previously, group video calls allowed only up to 30 users broadcast video from both their camera and screen but now there is support for more than 1000 people that can watch anything from online lectures to live rap battles and more.

Also read, Stay connected with your friends on Twitter this #FriendshipDay

A blog post reads, “This update takes video to the next level. Group video calls now have up to 1000 viewers, video messages record in higher quality and can be expanded, regular videos may be watched at 0.5 or 2x speed. We’ve also added screen sharing with sound to all video calls, including 1-on-1 calls — and much more.”

A lot of people may be wondering how to use this feature, so users would just need to start a Group Video Call, create a Voice Chat from the info page or in the ⋮ menu on Android of any group where one needs to be an admin and then they can just turn their video on.

Along with this, the app gets some more new features and even some enhancements too. The Video messages that are used to check in or share your surroundings without adding another video to your gallery, now have higher resolution and one can tap on a video message to expand it and take in all those extra pixels. Also, Telegram has added a new feature to the media player and now it supports 0.5x, 1.5x and 2x playback speeds. They also say that Telegram for the Android App can go as low as 0.2x speed.

The media editor in the app now even allows users to illustrate and decorate their photos and videos with drawings, text and stickers. To more easily add fine details, the width of the brush now decreases as it is being zoomed in.

Well with that said, do let us know your opinions on this post Telegram now allows a Group Video Call with up to 1000 Viewers by dropping a comment down below.