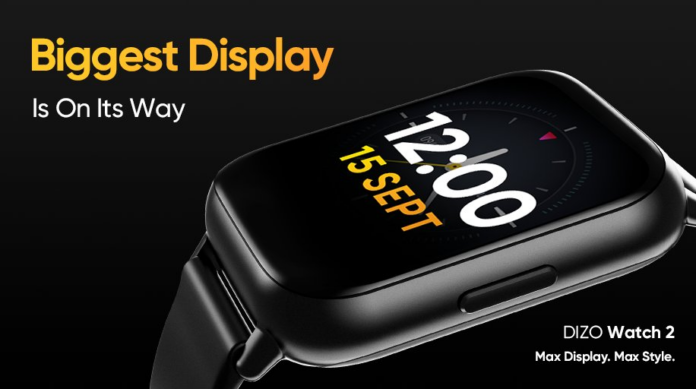 As for what the new Watches are supposed to offer, as said before the Dizo Watch 2 will sport a 1.69-inch full touchscreen display and would come with a metal casing and come with handy features such as sports mode, heart rate monitoring, sleep monitoring, and SpO2 monitoring. The watch is rated 5ATM for water resistance for up to 50m. While for the other Dizo Watch Pro, it is said that it would include inbuilt dual GPS and GLONASS support. It will also offer features like multiple sports modes, heart rate monitoring, sleep monitoring, and SpO2 monitoring.

This time around, we've decided to up the ante.

Get ready for the biggest display in the segment with #DIZOWatch2⌚
Launching on 15th September at 12 PM: https://t.co/IBqApwJAcs pic.twitter.com/Cw6f3tD415

Also, this is not the first time Dizo would be launching a Wearable. The Realme Dizo Watch was launched in August at Rs. 3,499 and it has features such as 90 sport modes, live watch faces, along with SpO2 and heart rate monitoring. It also has an IP68 certification for dust and water resistance. The brand has also confirmed that they would bring some more products including earbuds and more. The pricing and other details would be revealed on 15th September when the Watches officially launch. But we expect both the watches to be launched in the Rs. 3,000-price range. Realme has also confirmed that these smartwatches will be sold via Flipkart.

Well with that said, do let us know your opinions on this post-Realme Dizo Watch 2 and Watch Pro to launch in India on September 15 by dropping a comment down below.