The Unbiased Blog
Home News Tech A Twitter user reported that his OnePlus Nord 2 blasted in a... 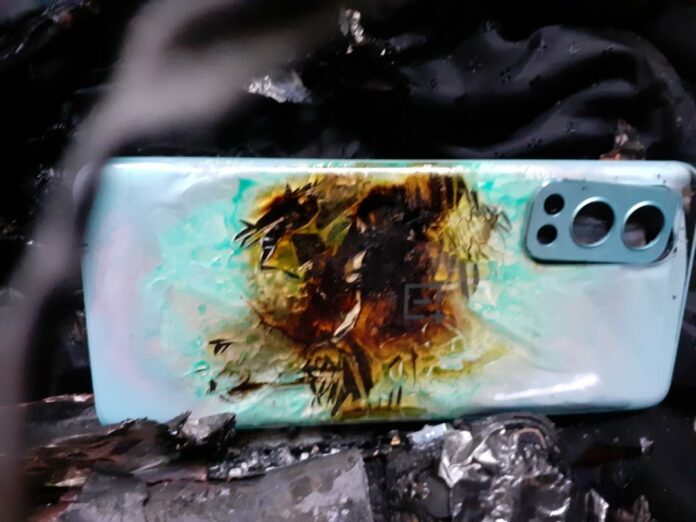 A Twitter user reported that his OnePlus Nord 2 blasted in a Court Chamber. Also, this is not the first time the OnePlus Nord 2 device has received blast reports. We’ve previously covered the same too, so we hope OnePlus resolves this issue very soon.

Also read, Realme launches their tablet along with Cobble and Pocket Speaker

The Twitter user, GAURAV GULATI states that his device caught on fire while he was working at this office, which apparently is a court chamber. His tweet reads, “#Blast & #Fire in my brand new #oneplusnord25g. @OnePlus_IN Today morning while I was in my office ( Court Chamber) @OnePlusNord2_ @oneplus @OnePlus_USA”

In another tweet by the same user, he says that he is currently “under trauma and taking treatment as per advice. And will brief to Media channels very soon regarding this phone blast. Till then plz be safe if u have this mobile.”

#Blast & #Fire in my brand new #oneplusnord25g.@OnePlus_IN Today morning while i was in my office ( Court Chamber) @OnePlusNord2_ @oneplus @OnePlus_USA pic.twitter.com/TwNKNmnhzo

As for the device itself, it comes with a 6.43-inch Full-HD+ AMOLED display with a 20:9 aspect ratio and 90Hz refresh rate too. Under the hood, the device gets the octa-core MediaTek Dimensity 1200-AI SoC, coupled with up to 12GB of LPDDR4x RAM. It gets a 4500mAh battery along with support for 65W Warp Charge and there is also a 65W Charger bundled inside the box. The device is available in Blue Haze, Gray Sierra, and Green-Wood colours.

Well with that said, do let us know your opinions on this post A Twitter user reported that his OnePlus Nord 2 blasted in a Court Chamber by dropping a comment down below.