The Unbiased Blog
Home Reviews Sony WF-1000XM3: Few Compromises but still the best you can get under... 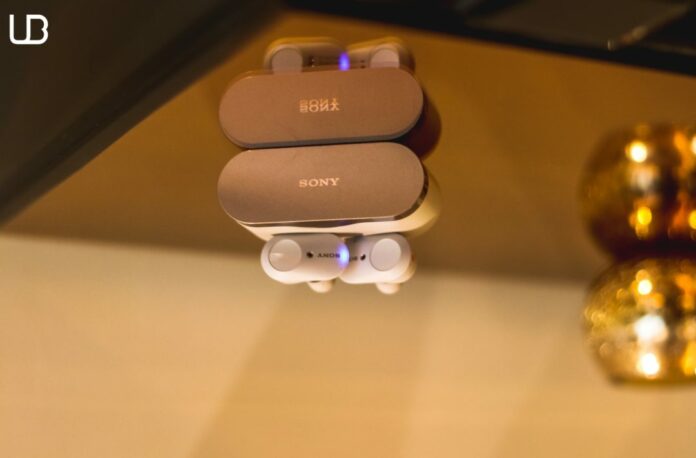 Sony WF-1000XM3 is the premium flagship true wireless earphones which includes industry-leading active noise cancellation which was announced globally in 2019. After a time-gap of around a year, On 6th April 2020, they hit the shores of the Indian market at a retail price of 19,990 INR which took a stiff competition against Apple Airpods 2 and Sennheiser Momentum 2. Since Sony announced its WF-1000XM4 for the Indian consumers now which fills all the compromises with some major improvements over the last generation.

It’s been one and a half years since Sony WF-1000 XM3 was launched and now finally that its price has dropped to 9,990 INR, the question arises is does it create any impact on the competition at all or not? After using these for a time span of more than two weeks, here’s our review of the Sony WF-1000XM3. Before heading towards the review ahead, let’s start with the specification:-

The Sony WF-1000XM3 is a true wireless earphone that promises to deliver a similar active noise cancellation (ANC) experience as its applauded over-ear Sony WH-1000XM3 headphones. The design of this iteration leaves a large trace during its initial impression. With a triple-layer structure, the bore and the rubberized nozzle ensure the snug fit for your ears and is comfortable for prolonged durations. The bore helps the buds to seal the ear canal which makes it resistant to detachment. As the fit is a subjective topic, we didn’t address any issues while using them with small ear-sized tips.

The foam ear tips work as a cherry on the cake and swapping them off with silicon tips is bliss for the perfect fit out there. However, if foam ear tips don’t suit your ears, you can replace them with silicon ones. Finding the perfect fit for your ears is a compulsion that seeks a major role in noise cancellation and if you’re unsure about the best fit, the Sony WH-1000XM3 can test this from its companion app by analyzing your ears is available for both Android and iOS users. The built-in proximity sensor on each earbud helps to pause and resume the media when they’re removed from your ears.

It is available in two colours:- Black and Silver and we’re rocking the Silver colourway for conducting this review. Each earbud pairs a 6mm audio driver with a weight of around 16 grams, they feel quite heavy in the world of TWS but it doesn’t have any impact on the fit. Both the earbuds inherit a circular touch-sensitive pad that controls the audio playback and switching between noise cancellation modes. These gestures can be customized as per your desired needs.

With the 92 grams of weight, Tossing the charging case adds bulk into your pockets but if you are okay with some of the compromises, the Sony WH-1000XM3 holds a lot to offer. Let’s address the compromises first, it lacks the official IP rating which is an oddball for the premium tag they’re asking for. The other one is the lack of Qi-wireless charging which is also becoming common in today’s competition. If you’re able to juggle these drawbacks. It has some benefits as well.

The rubberized texture aids in better gripping and catches smudges that aren’t visible easily. The copper-made magnetic lid on the case keeps the earbuds safely in their place and catches scratches easily. On the top of the lid, there’s a branding of ‘SONY’ embossed on it. Moving the lid up, there’s an NFC tag that screams that this can be paired with your smartphone without the hassle of Bluetooth. On the bottom, it boasts a USB Type-C Port for juicing the battery.

On to my favorite portion now i.e, the sound quality where the sound signature is quite similar to the world of  Sony WH-1000XM3 and WH-1000XM4 which speaks for itself enough. If you’re a bass head, you’ll fall in love with its heavy bass amplification and outstanding instrument separation. The lows on Sony WF-1000XM3 sound a little over-emphasized whereas the reproduction of mids is quite good. To sum it up, it’s an easy recommendation for anyone who’s looking for such a sound signature in a true wireless earbud. The Sony WF-1000XM3 only supports two codecs: SBC and AAC, which is quite weird that Sony has been praised for its LDAC codec which is not present in them. Throughout our playback sessions, the AAC codec works like a charm in iOS devices.

After winding up the sound quality, let’s move towards its Industry-leading active noise cancellation. All thanks to the QN1e chip which is coupled with feedback and a feed-forward microphone. This is by far the best active noise cancellation that I’ve ever experienced. Turning on the ANC cancels out a lot of ambient noise in the room but not completely. But as soon as you fire up some music, it was very rare that I heard any outdoor noise whether while traveling in a bus, train, or even staying in a  home that is filled up with the ambiance of TV. Meanwhile, we didn’t get a chance to try them out during a flight due to COVID circumstances. But till now, its ANC sounds very promising.

The adaptive sound control detects the environment and smartly switches between 4 modes to hear the ambient noise properly i.e, Running, Staying, Transport, and Walking. There’s also an option to alter the ambient sound level from 20 levels to keep the environmental noise as per your needs. The Digital Sound Enhancement Engine (DSEE HX) comes into the picture for upscaling the low-res music to sound it more detailed which can be enabled or disabled in the companion app itself. The Sony Headphones app also comes in handy to customize equalizer settings according to your music taste The microphone quality is fine for answering casual calls though the other party can easily identify that you’re using earbuds but the call quality is not a concern.

With Bluetooth 5.0 connectivity, it maintains stable connectivity between smartphones, there were no audio hiccups that were encountered during our usage. Meanwhile, if you’re someone who encounters audio stutter issues; setting the sound quality mode to Priority on stable connection fixes that. The Sony WH-1000XM3 can’t be paired with two devices at a time and if you’re someone who keeps fiddling with two smartphones, manually disconnecting them and re-connect it with another device is a surreal pain.

The Sony WF-1000XM3 offers a standalone battery backup up to 5 hours on 100% volume and ANC turned on. The charging case can top up the earbuds almost 4 times which offers a battery juice of up to 20 hours to be precise. If you turn off the ANC, it can offer 28 hours of battery backup which is nice. It also supports fast charging where a 10-minute charge can last till 90 minutes which is impressive.

The Sony WF-1000XM3 is available in two colors:- Black and Silver which are priced at Rs. 9,990 on Amazon Great Republic Sale. At a stellar price of around Rs. 9,990, Sony WH-1000XM3 deserves a strong recommendation from us if you’re a bass-head and want to experience the best active noise cancellation experience, it fulfills those needs on the go. If you’re someone who’s okay with carrying a bulky charging case, lack of LDAC codec, wireless charging, and the IP rating is not a concern for you, these pair of TWS won’t gonna disappoint you in terms of fit, battery life, sound quality, and its key point:- Noise cancellation. However, all these compromises had been fixed with Sony WF-1000XM4 but for that, you need to shell out Rs. 19,990.

Somehow if you’re disappointed with these compromises and want to check out other alternatives which fulfill your needs. Samsung Galaxy Buds Pro offers a good noise cancellation with an IPX7 rating to survive water tortures which integrate well with Samsung Galaxy devices. Sadly, if you’re using an iPhone; there is no companion app supported for iOS yet. With the OnePlus Buds Pro, it’s loaded with some of the essential features like wireless charging, a good ANC experience, battery backup, etc. The pinch controls feel a little mushy if you’re switching from a gesture-based TWS. Oppo Enco X offers a similar feature set coupled with good audio quality with an impressive ANC experience, customizable touch gestures, and a microphone which also counts into our recommendation for Rs.10,000.

Disclaimer: We tested the Sony WF-1000XM3 for more than two weeks before writing this review. All our reviews are unbiased and are published without the brand getting to read it before you guys. We don’t change our reviews on pressure from brands and that’s the reason we are not sent review units from companies like Samsung, OnePlus, and a few more.