Most men love two things – Automobile and Gadgets! And I’m no exception. So whenever anything related to automobiles or gadgets gets announced or launched I pounce upon the opportunity to experience it. And it’s another level when an event like Auto Expo gets announced. This year when I got an invitation to cover the Auto Expo as a Media professional, I was elated that I would be getting the most of it in Media days. One more thing that got me excited was the tie-up between Myles and Auto Expo for commuting to and fro from the Auto Expo. 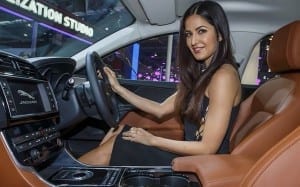 So what is this Myles or Mylers programme? Well Myles is a India’s premier self-drive service, available across 21 cities with more than 250+ convenient pick-up locations. And Mylers was an initiative by Myles (Carzonrent) to ease the commute to and fro from Auto Expo. Unlike many others, I was not apprehensive about keeping my car parked in my garage and hiring a car to go to the auto expo. It was not the first time I was using a hired car to commute so I was really looking forward to it.

You would why not a cab to head to the Auto Expo and back to your office or home? Well have you ever taken a cab (Uber, OLA etc) to any place where there is a large gathering? If yes then you would know how unlikely you are to find a cab when returning and if by any chance you are lucky to find a cab, then you have to shell out extra money because of the surge pricing. So taking a cab was out of the question and taking my own car felt like wasting the resources by just parking at the Auto Expo all day long.

Hence, I decided to be a part of the MylersAtAutoExpo campaign where 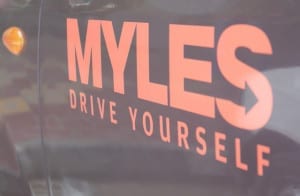 I rented a car to reach the AutoExpo and then back home. Not only it felt like I’m driving my own vehicle but also a welcome change from the monotonous drive of my own car each day on the Yamuna Expressway. I rented a different car each day, starting with a Figo Aspire, Honda City, VW Polo etc. Trust me it was a joy driving on the Yamuna Expressway in a new car each day. While I was driving a new car each day to the Auto Expo, my car at home was being used by family instead of sitting idle in the Auto Expo parking.

In the end, it was great initiative and I think the time has come that we accept the concept of hiring cars for self-driving and make use it to the fullest.

In fact, according to a recent survey, it was noticed that the number 1 reason of hiring a car remains the outstation travel followed by everyday commute. Which is why players like Myles have such a strong presence in all metros which is where most commuters are shifting to these services. But an interesting aspect that the survey throws up is the increase of hiring a self-drive car for within city usage. It has grown from 2% in 2014 to 17%.