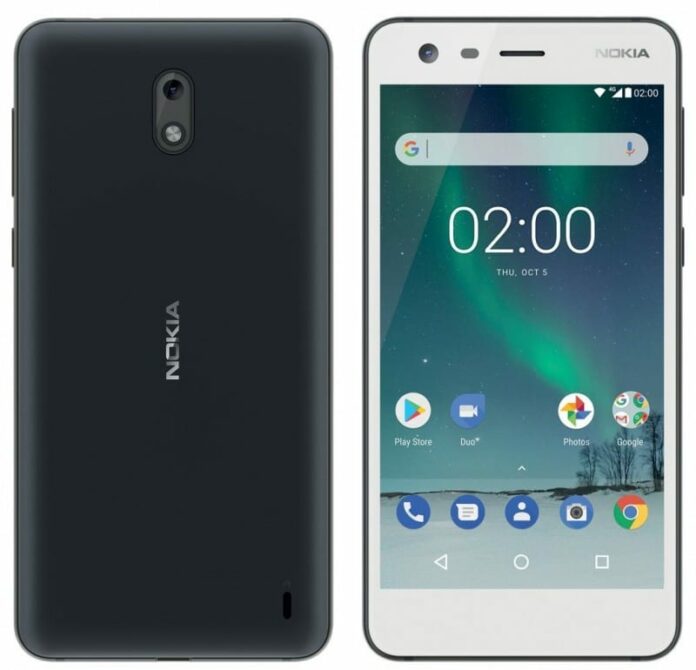 Nokia has scheduled an event tomorrow where it is expected to unveil a new smartphone. A new smartphone has been spotted on Antutu site, the Nokia 2. The Long rumored Nokia 2 is a budget smartphone that should be priced around INR 8,000. This will be somewhat similar to Nokia 3 but will be more affordable than the Nokia 3.

The Nokia 2 is expected to come with a 5-inch HD display, it will be powered by Qualcomm’s Snapdragon 212 processor clocked at 1.3GHz with Adreno 304 GPU. It is expected to pack 1GB RAM and 8GB internal storage, which is kinda old school considering most of the budget smartphones these come with at least 16GB of internal storage. The storage can be further expanded  MicroSD card support up to 128GB. The device will come with Android 7.1.1 Nougat out-of-the-box and should be getting the Android Oreo update pretty soon, as they have already started Android Oreo Beta testing for Nokia 8, and others will follow us soon.

In the camera department, Nokia 2 will come with an 8MP shooter at the camera with LED flash and a 5MP front camera. The battery on the device is not yet confirmed, we expect Nokia to pack a 3,000mAH battery if not more. Other features are 4G VoLTE, Dual SIM, BT 4.0, GPS and OTG. More details will be known only tomorrow at the event.

What do you think Nokia will announce tomorrow at the event? Drop a comment and let us know, for all the updates and news from the event, follow us on Twitter.