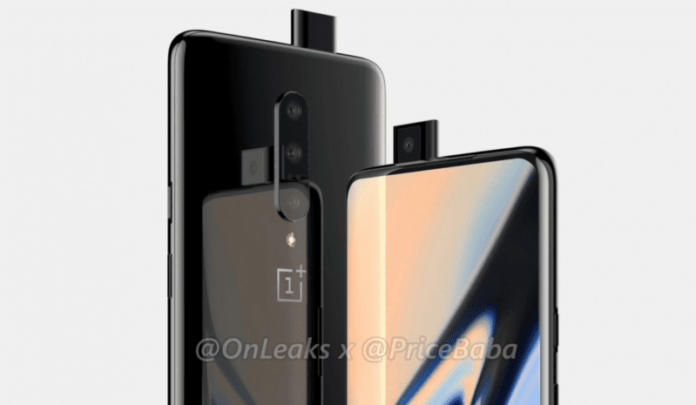 OnePlus will be announcing their latest flagship smartphone next month. This time around, OnePlus will be launching at least two smartphones during the launch. OnePlus is known for launching two smartphones a year – One during Q2 and the ‘T’ variant during the Q4 and this has been their mantra for the past few years. But, this time that mantra is all set to change as OnePlus is gearing up to announce OnePlus 7 and OnePlus 7 Pro at the launch event next month.

According to the latest leaks, looks like the regular OnePlus 7 will be only a minor upgrade to the OnePlus 6T and OnePlus 7 Pro will be a big upgrade in the OnePlus 7 series. The first major upgrade will come in the form of a Quad HD+ AMOLED display and the added bonus here is the 90Hz high refresh rate. OnePlus has been using the Full HD display from the OnePlus One and this will be definitely a welcome change. With the 90Hz refresh rate, users will be able to get give smooth interactions and animations from the display. Previously, we have seen high refresh rates on gaming smartphone like Razer Phone(120Hz) and Asus ROG Phone(90Hz). Generally, all the smartphones come with a standard 60Hz display.

Further, the OnePlus 7 Pro will feature USB 3.1 connectivity, bigger 4000mAH battery with 30W Warp charge tech which was introduced with the OnePlus 6T McLaren edition. Another welcome addition is the stereo speaker for which most of the users were waiting for. Moving to the camera department, OnePlus 7 Pro will feature a triple rear camera set-up – a primary sensor with a wide-angle and a telephoto lens. And, over at the front, the smartphone will come with a pop-up selfie shooter. Other expected features include – Snapdragon 855 chipset, In-display fingerprint scanner, up to 8/10GB RAM, and 256GB storage.

The launch event is expected to happen on May 14, 2019, at New York and India launch will also happen simultaneously on the same day. For the first time, the OnePlus launch event might happen in Bengaluru.

What do you guys think of the upcoming OnePlus 7 Pro? share your thoughts in the comment section below.