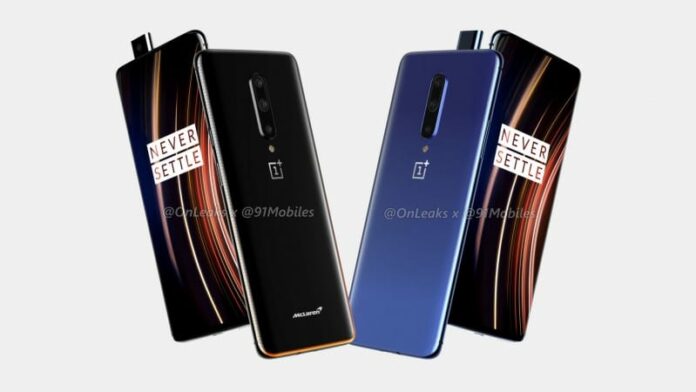 Just like the OnePlus 7T leaks, the OnePlus 7T Pro leaks also suggest that the 7T Pro will come with a very similar design and almost identical specifications. The upgrade comes in the form of a new Snapdragon 855+ chipset and everything else will be in the form of new Software features with Android 10 as well as the camera software. The rear of the 7T Pro is also pretty similar to the OnePlus 7 Pro, it comes with the triple rear camera setup. On the other hand, the McLaren Edition from 2018(OnePlus 6T) has got a bit of upgrade with a textured pattern, orange accents from the middle to either side of the device. 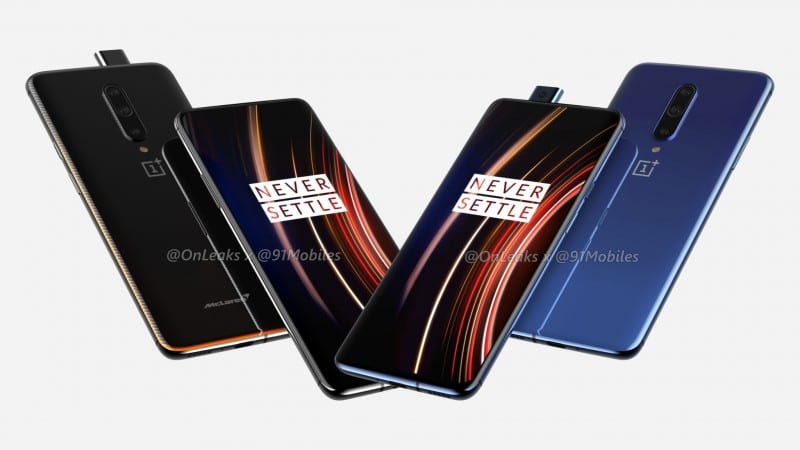 The power button is on the right side of the device along with the alert slider and the volume rockers are at the left of the device. At the bottom, there is a Type-C port which is also the headphone jack along with the bottom-firing speaker. The OnePlus 7T Pro will also come in Haze Blue color option.