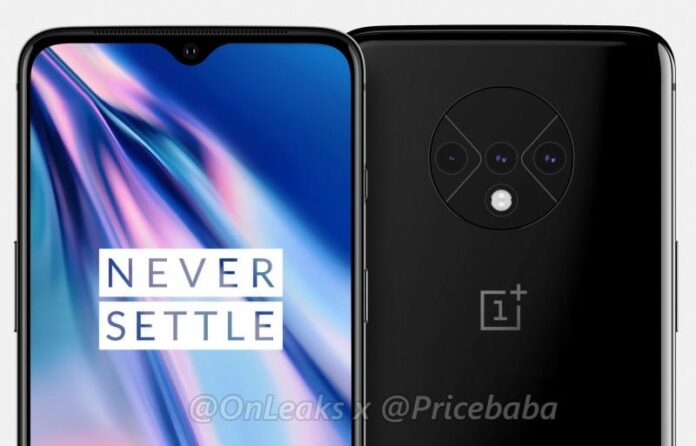 The leaks also suggest that OnePlus will also announce a special edition McLaren “Senna” Edition. OnePlus had previously announced OnePlus 6 McLaren edition last year. Now, coming back to the OnePlus 7T, the biggest visual change one can notice is the rear camera module. OnePlus 7T features a circular camera module with tripe lens set-up(placed horizontally) with dual-LED flash. Just to recap, the OnePlus 7 came with a dual-camera set-up at the rear and a triple rear camera will be a good addition. And, further, the back is made of glass and features the OnePlus logo at the bottom part. Over at the front, there is no major redesign as the OnePlus 7T retains the same dew-drop notch as seen on the OnePlus 7 and also the OnePlus 6T. The display might also be the same 6.4-inch optic AMOLED if not a slightly bigger 6.5-inch panel. The phones measures at 161.2 x 74.5 x 8.3mm. Other features will include the USB Type-C port at the bottom, alert slider at the right side, and volume rockers to the left. Also, it looks like OnePlus will retain the dual firing front speakers by looking at the images.

The leak doesn’t give much on the specs of the OnePlus 7T yet but, we can expect it to pack in a Snapdragon 855+ chipset, up to 8GB RAM, 256GB storage, and an In-display fingerprint scanner. It will be interesting to see if the third camera on the OnePlus 7T – will they go with the wide-angle or the telephoto lens.

What do you guys think of the upcoming OnePlus 7T? Share your thoughts in the comment section below.