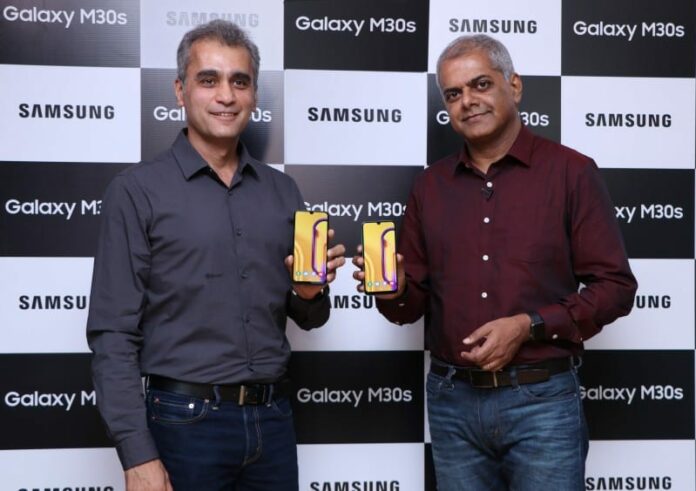 The USP of the Samsung Galaxy M30s is the huge 6000mAH battery that can last for more than a day. With a single charge, you will get 29 hours of video playback, 49 hours of voice calls, and over 131 hours of music playback. It also comes with a Type C 15W fast charger in the box. Another important feature of the device is the triple rear cameras which comes with a 48MP primary sensor, an 8MP ultra-wide-angle camera, and a 5MP depth sensor. The rear camera comes with AI-backed Scene Optimizer and intelligent Flaw Detector features and also a dedicated Night Mode. It can shoot up to 4K videos, Super Slo-Mo, Super Steady and Hyperlapse. There is a 16MP selfie shooter with an in-display flash.

On the other hand, the Samsung Galaxy M10s comes with a 6.4-inch HD+ Super AMOLED Infinity-V display. It is powered by Exynos 7884B processor, 3GB RAM, 32GB storage with MicroSD card support. It houses a dual 13MP+5MP rear cameras with an 8MP front-facing camera. It is packed with a 4000mAH battery with Type-C and 15W fast charging support, which is great for a smartphone that is priced under INR 10,000.

Both the smartphones are running on Samsung’s One UI based on Android 9 Pie and come with a rear-mounted fingerprint scanner.

The Samsung Galaxy M30s and M10s  will go on sale on Amazon.in and Samsung.com from September 29.