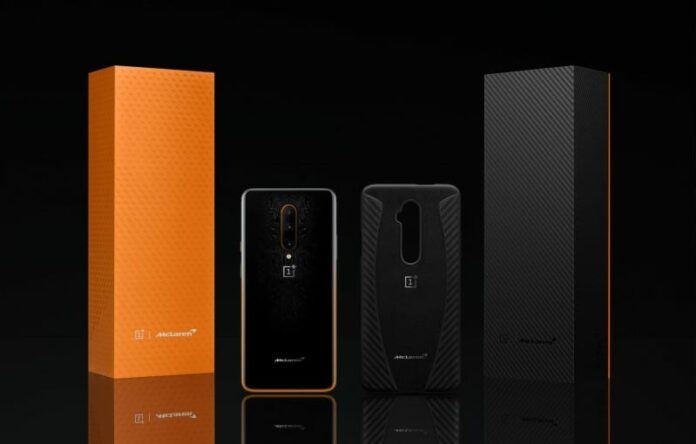 OnePlus 7T Pro is priced at INR 53,999 in India and will be available on a special sale tomorrow on Amazon.in.

OnePlus 7T Pro flaunts a 6.67-inch Quad HD+ (3120*1440) curved Fluid AMOLED display with a 90Hz high refresh rate for smooth interaction. It is also HDR10+ certified which makes the display optimal with all the high-res content from different streaming services like Netflix, Amazon Prime, YouTube, and more. Under the hood, OnePlus 7T Pro is powered the latest Snapdragon 855+ processor clocked at 2.96GHz coupled with Adreno 640 GPU.

The 7T Pro also comes with a new set of features that were introduced with OnePlus 7T – OnePlus Gallery with 5GB OnePlus cloud storage, Work-Life balance feature, OnePlus International Roaming and OnePlus messaging app that automatically categorize the messages you get. Just like last year’s OnePlus 6T McLaren Edition, OnePlus announced OnePlus 7T Pro McLaren Edition limited edition phone with top of the line specs like 12GB RAM, 256GB storage. The McLaren Edition comes with a new design with the iconic orange on the sides and on the alert slider. When a notification arrives, the horizon lights will notify the user. The device comes with a new case with honeycomb design inside and also now provides a better grip on the outside. Except for the external design and RAM, everything else remains the same.