The Unbiased Blog
Home News Tech Grab it before it’s gone! Buy the LG Wing at a massive... 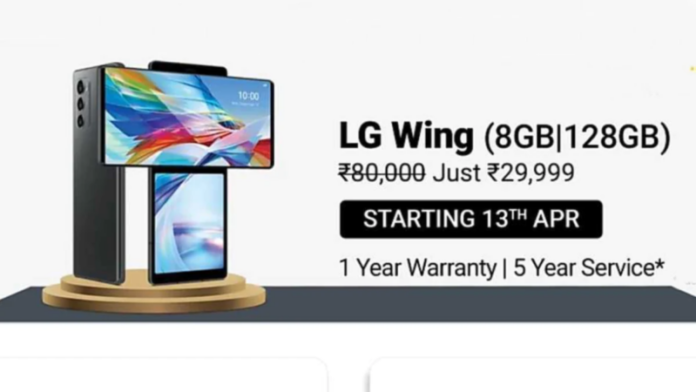 Recently, LG Mobiles had quit the Smartphone industry as their device wasn’t selling well and they had to face a huge sum of loss. However, LG has announced it would be giving massive discounts to its LG Wing device. So don’t forget to grab it before it’s gone! Buy the LG Wing at a massive discount right now.

This LG Wing phone would be available with a massive price cut of almost Rs. 50,000 in India. The phone was launched with a price tag of Rs. 70,000 but after LG quit the smartphone business, they have dropped its price to Rs. 29,999 on Flipkart. As told in the previous post about LG, the company will continue to sell products till inventory lasts, and also it has plans to completely close down by July 31. Flipkart listing would be offering a 1-year warranty and 5-year service for the LG Wing.

You can get the phone, from the Flipkart listing mentioned below- 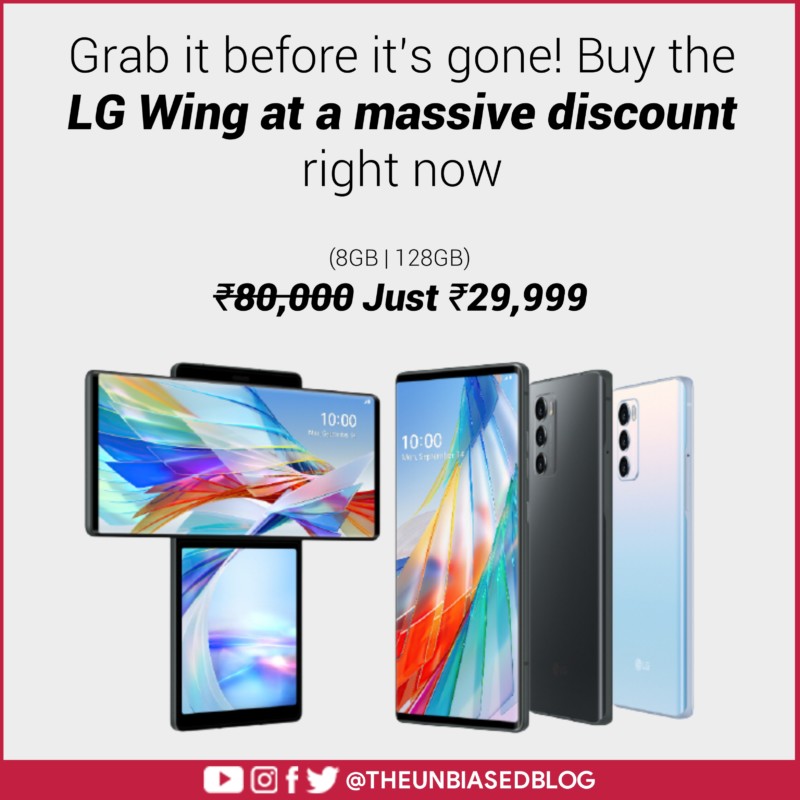 As for the specifications of the phone now, the LG Wing runs on Android 10 with Q OS on the top. With a 6.8-inch full-HD+ P-OLED FullVision display with 1,080×2,460 pixels. Whereas. the secondary display comes with a 3.9-inch full-HD+ with a resolution of 1,080×1,240 pixels. This however is a G-OLED panel instead of a P-OLED one. As far as the performance goes, the phone comes with an octa-core Qualcomm Snapdragon 765G SoC coupled with 8GB of RAM.

In terms of optics, the LG Wing comes with a triple rear camera setup. The 64-megapixel primary camera, then there’s a 13-megapixel secondary sensor and to sum it up, there’s also a 12-megapixel tertiary sensor. For selfies and video calls, the phone comes with a 32-megapixel camera and it is a pop-up one too.

We had previously also covered why LG quit its smartphone business in detail, the link for it is mentioned below for a better overview-

Well with that said, do let us know your opinions on this post by Grab it before it’s gone! Buy the LG Wing at a massive discount right now by dropping a comment down below.