The Unbiased Blog
Home News Tech Top 5 Smartphones to Pick this Festive Season between Rs 20,000 and... 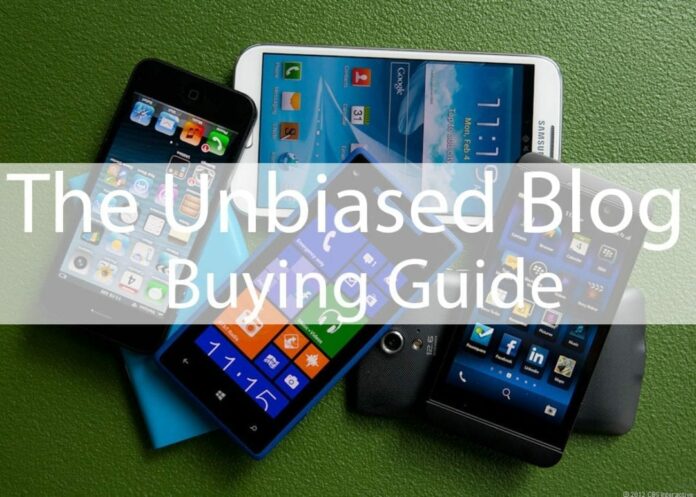 Buying a good phone that suits our needs has become an uphill task nowadays, with the amount of smartphones that are available in the market it just makes it tougher to make a pick. We decided to make your choice easier by funneling the best phones available in the price range of Rs. 20,000 to Rs. 40,000. These phones offer the best bang for the buck for the price they command, here’s why. 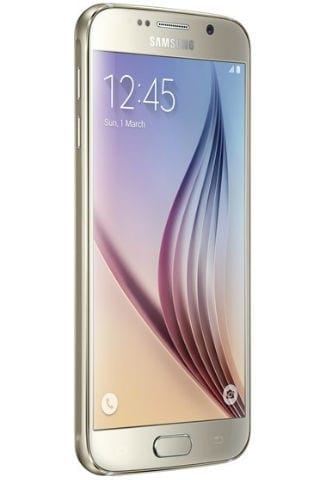 The Samsung Galaxy S6 seems to be an easy pick. The brand is one of the most trusted brand in India. The Galaxy series have been all about shipping the best that Samsung has to offer. The Samsung Galaxy S6 is the successor to the Galaxy S5 and brings a lot to the table. The phone has a 5.1 Inch QHD AMOLED Display which is pixel dense at 577PPI. The display is crisp and the screen size means it’s good to hold. The phone has a aluminium frame and a glass back which not only looks good but is also sturdy thanks to the Gorilla Glass coating. The phone is no slouch thanks to the Exynos 7420 Octa Core processor coupled with 3GB of RAM. The chipset is among the best processors in the market and is blazing fast. The home button on the phone houses the fingerprint scanner which can be used to quickly unlock the phone by placing the finger on it. The phone runs on Android Lollipop and should be updated to Android Marshmallow soon. Samsung has built a lot of customisations into its TouchWiz UI and has reduced the bloatware in their phones. The camera on this phone is nothing short of impressive, it houses a 16MP sensor similar to the one in the Galaxy Note 5. The camera clicks stunning images and is capable of recording video at 4K resolution. The battery is non removable and is a little small at 2550mAh, Samsung however provides a fast charger in the box that charges it up quickly.

You should also look at Top 5 Smartphones under 10K: http://goo.gl/RDqo0i 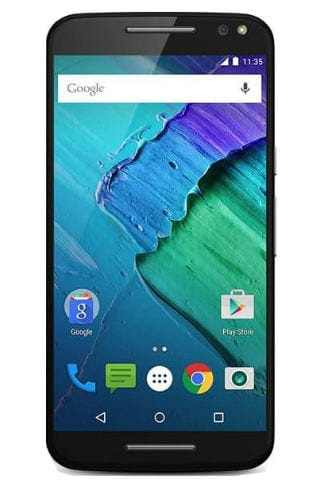 The Moto X Style is the newest phone from Motorola to hit the market and also the biggest alog side the Moto X Play. It sports a 5.7 inch display with Quad HD resolution. While the screen is big, the phone is still comfortable to use and operate thanks to Moto’s ergonomic design. The Style is powered by a Snapdragon 808 Hexa Core Processor and has 3GB of RAM. The phone houses a big 3000mAh battery that will be able to power it through one full day with light to moderate use. The phone has a 21 megapixel camera at the back and a 5 megapixel front facing camera. The rear camera is capable of shooting 4K video while the front camera is capable of Full HD video recording. The device gets a nano coating which makes it immune to occasional water splashes that may occur in day to day use. Motorola provides near stock Android on their devices and the Style gets Android 5.1 Lollipop and should be getting an update to Android Marshmallow soon. Motorola has built in a lot of custom software and gestures that make it a lot more user friendly than the others. 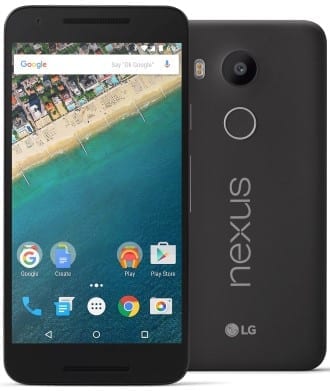 The Nexus 5X is the second device that Google launched alongside the Nexus 6P. The device is a follow up to the original Nexus 5 which went on sale back in 2013. The Nexus 5X has a 5.2 inch Full HD LCD display and a polycarbonate body. The smartphone gets a Snapdragon 808 processor which is a Hexa Core chipset along with 2GB of RAM. The phone also has the Android Hub co processor to processes information when the main processor is at idle. The phone runs Android Marshmallow and will be the first in line to receive other OS updates. It also gets the Nexus Imprint and the 12.3 megapixel camera at the back like the Nexus 6P. The front facing camera on the phone is a 5 megapixel camera that is improved and clicks much better selfies now. The 5x also has a USB Type C port at the bottom and supports fast charging via the provided 3A charger. USB Type C is a new standard that is slowly making its way into the industry. The phone has a 2700mAh battery, a bump over the 2200mAh battery in the Nexus 5. The bigger battery along with Android Doze gives the 5X a considerable bump in terms of standby. 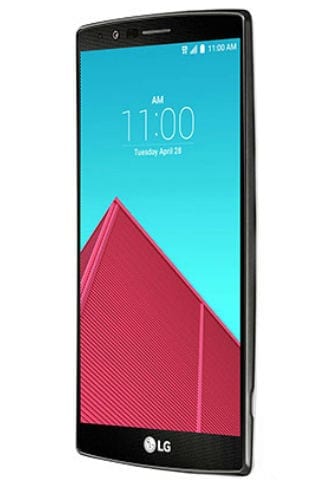 The LG G4 is the current flagship from the Korean smartphone maker. The device is the successor to the LG G3 which was among the first smartphones to have a Quad HD Display. The G4 takes the legacy ahead as it gets a QHD resolution on a 5.5 inch display. The power and volume buttons are moved at the back a move they did since the LG G2. Like the Nexus 5X and the Moto X Style the G4 also gets the Snapdragon 808 and has 3GB of RAM. The device runs on Android Lollipop and the Marshmallow update is rolling out for the phone now. The LG G4 has a stellar 16 megapixel camera which also sports Laser Autofocus. Assisting the camera is the Dual LED flash that sits on the other side of the laser autofocus.  On the front the G4 sports an 8 megapixel sensor that clicks good selfies. The phone has a 3000mAh battery that is removable and is the only one among the recently launched flagships to have removable unit. 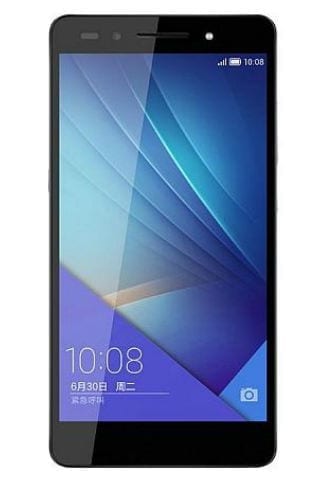 The Honor 7 is the latest flagship from Honor, the online brand owned by Huawei. The Honor 7 is the successor to the Honor 6 and the Honor 6 Plus. The phone is the first phone from Huawei launched in India to sport a fingerprint scanner. While most other smartphones in the list are huge 5.5 inch devices the Honor, like the Nexus 5X comes with a 5.2 inch Full HD display. The phone uses Huawei’s Kirin Processor which is a 64 Bit Octa Core processor along with 3GB of RAM. The phone gets 16GB of onboard storage only but is expandable via a MicroSD card slot. The device runs on Huawei’s custom UI on top of Android Lollipop and is expected to get Android Marshmallow by Feb 2016. This is the cheapest phone in the list to sport a fingerprint scanner that is positioned on the back just below the camera. The fingerprint scanner can also be used to scroll in a menu which is a good use of the scanner at the back. The camera at the back is a 20 megapixel sensor while the one is the front is an 8 megapixel sensor. The phone has a metal body that makes it look and feel premium. The battery in the phone is a non removable 3100 mAh unit which Huawei claims can run for 2 and a half days on light use and more than a day with heavy use. Good battery, build and the fingerprint scanner make it a very good buy for someone who only wants to spend somewhere around Rs. 20,000. 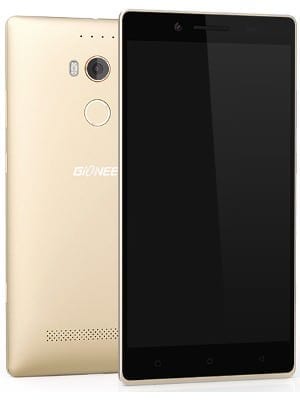 With specs like this: 6-inch WQHD Super AMOLED Display | Amigo 3.1 UI based on Android 5.1 OS | 2 GHz octa-core Mediatek MT6795 Helio X10 CPU | 3GB RAM | 64GB internal memory expandable up to 128GB | 24MP rear camera with dual tone Flash | 8MP front camera | Dual SIM | 4G support | NFC | Fingerprint Scanner | 3,500 mAh battery with fast charging. The Gionee E8 is a powerhouse of a device with a tick in every feature both hardware and software. Anybody looking for a phablet should consider the device. The only deterrent would be the price as the Gionee has to compete with the likes of Motorola, HTC, Samsung and even the Apple iPhone 5s.

We hope we have helped solve the mystery of which phone to pick in the aforementioned price bracket.

This post has been contributed by Aditya Shenoy, the Editor at Pricebaba.com