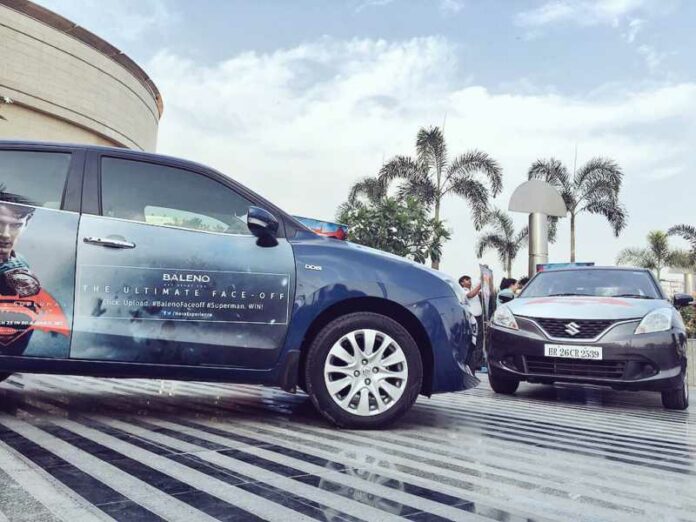 Batman v Superman: Dawn of Justice is being loved by fans and is doing quite well at cinemas world over. Similarly, experts and owners love the Maruti Suzuki Baleno, the latest premium hatchback by NEXA. The brand alliance between Batman v Superman and Baleno is truly a made for each other situation. 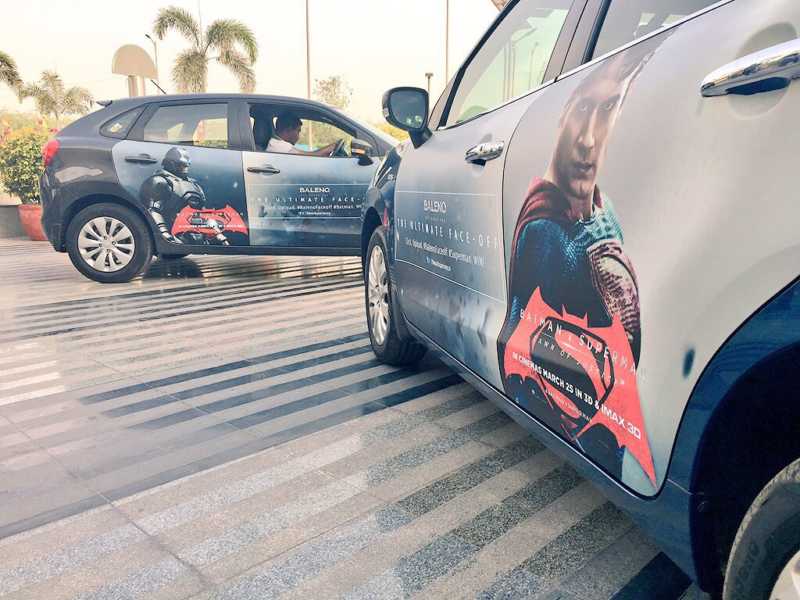 Both (superheros and car) symbolize boldness, masculinity, edginess, aggressiveness and defiance. The tagline of Baleno, ‘Made of Mettle’ encapsulates the characteristics of the super heroes. Baleno has been associated with similar traits in different ads time and again.

As a part of the Baleno alliance with the movie, I got a chance to drive the special themed Baleno in Delhi. The event had two Maruti Suzuki Baleno cars representing the two super heroes ‘facing’ off against each other. With the logos of the two superheroes prominently displayed on their bonnets, the cars drove around the city and met each other at pre-decided destinations for the Faceoff. Those who spotted the car and posted its picture on Twitter and Facebook were given movie tickets to Batman v Superman: Dawn of Justice and/or shopping vouchers.  It was quite an enthralling experience to drive the beauty and the beast – superhero Baleno. Honestly, after driving around the Baleno – Petrol & Diesel and Automatic & Manual transmission variants. I felt, I’m driving a car that has more features and comfort than my VW Vento, which costs twice as much. And, how can I get over the charm of people getting thrilled at just a glimpse of the car. ☺ 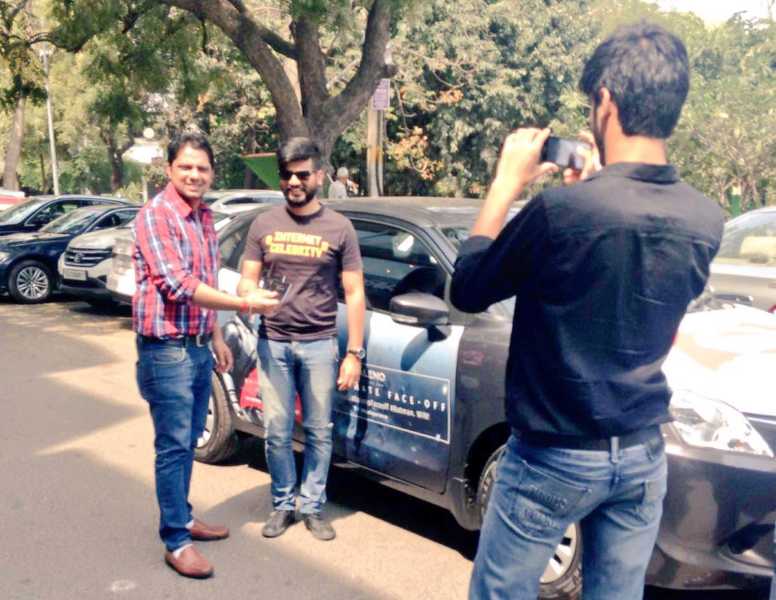 Now let me tell you a bit more about Baleno. The premium hatchback Baleno was launched in India in the last week of October 2015. The car comes in a total of 10 variants with prices ranging from Rs 5.15 lakh to Rs 8.32 lakh. Whatever your needs may be, they have them covered – be it petrol, diesel or automatic transmission. You get to have your pick.

The best thing about Baleno is the fact that the Dual airbags; ABS and EBD come as a standard feature across all variants. The car not only looks muscular and spacious but also has a gigantic boot with a capacity of 339 liters. It’s also packed with features such as a big touch screen that lets you control the music system, Apple car-play which is first in its class , navigation etc. It also has an option of UV cut glass, electronically fold-able ORVMs, rear sensor and camera. All this is bound to make you go weak in your knees for the Baleno even if you are not a gadget freak. Thus, it is no surprise that the Baleno has crossed the mark of over 1lakh bookings in such a short time. In fact, if you want to own a Baleno, then you should pre-book it at the earliest because there is a waiting period due to extremely high demand. 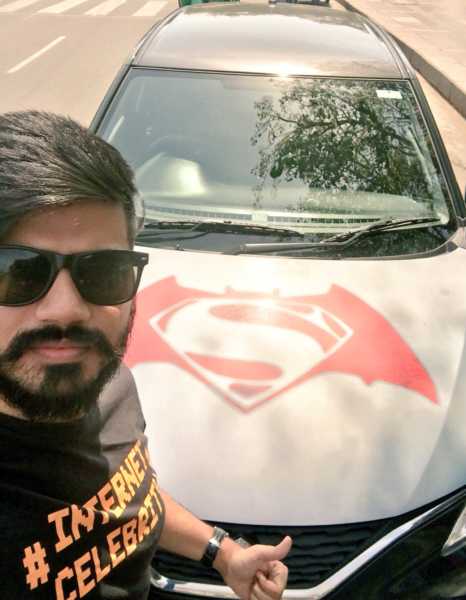 You know why the millennials like me love the Baleno? It’s because the car is a personification of someone who is loaded with attitude, of someone who ensures that he leaves no stone unturned to prove his mettle. This is quite an appropriate fit for urban audiences who won’t settle for anything less than excitement from their ride and a display of an aggressive expression from their vehicle. The car is available exclusively at the NEXA showrooms. So what are you waiting for, head for a NEXA showroom that is closest to your house.