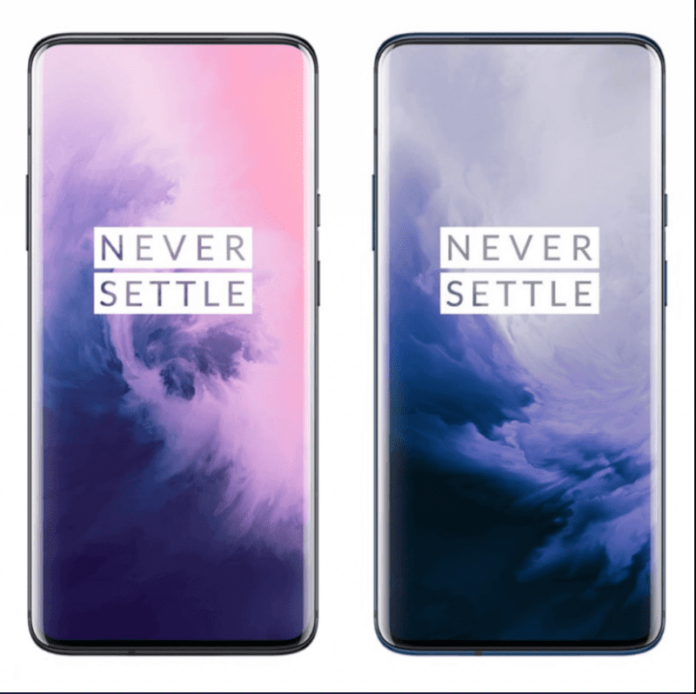 OnePlus 7 Pro is one of the most anticipated smartphones of the year. The company has already announced the launch date of the smartphone. The OnePlus 7 Pro along with the regular OnePlus 7 will be unveiled at an event in Bengaluru on May 14, 2019. Thanks to India’s popular leakster, Ishan Agarwal, ‏we now have some of the confirmed specifications, color options and also the Indian pricing of OnePlus 7 Pro.

As reported earlier in April, OnePlus 7 Pro is all set to come with a major display upgrade. The OnePlus 7 Pro will is said to come with a 6.67-inch Quad HD+ Fluid AMOLED curved display panel and the added bonus here is the 90Hz high refresh rate. With the 90Hz refresh rate, users will be able to get give smooth interactions and animations from the display. Last week, OnePlus 7 Pro received DisplayMate’s highest A+ rating, making it one of the very best smartphone displays on the market. Further, the display will be HDR10+ certified which makes the display optimal with all the high-res content from different streaming services like Netflix, Amazon Prime, YouTube, and more. The HDR10+ certified display panels are generally seen on TVs and it is a bit rare on the smartphones. OnePlus 7 Pro users will be able to enjoy the high definition content from streaming services out-of-the-box. Further, to save battery the 7 Pro will automatically switch between Full HD+ and QHD+ based on content and usage patterns and as expected users will be able to set refresh rate between 60Hz and 90Hz.

OnePlus is also set to upgrade the Standard of flash storage used. OnePlus 7 Pro will come with UFS 3.0 flash storage which will make the device overall faster than comparable smartphones. UFS 3.0 will be able to deliver speeds up to 2900 MB/s., which is 2x better compared to the UFS 2.0. Further, the OnePlus 7 Pro will feature USB 3.1 Type-C connectivity and will come in three variants – 6+128GB, 8+256GB, 12+256GB. The Samsung Galaxy Fold was supposed to be the first smartphone to come out with UFS 3.0, but as it has been delayed, OnePlus 7 Pro will take that over.

The OnePlus 7 Pro will feature a bigger 4000mAH battery with support for 30W Warp Charge, the same charging tech that is found on the OnePlus 6T McLaren edition smartphone.

Disclaimer- Prices MAY change before launch under some circumstances and I can’t be 100% sure about such leaks.#OnePlus7 Pro #OnePlus7Series #OnePlusIndia pic.twitter.com/Rgo2oD8kpA